Bare-bones support for combatting anti-Muslim acts are not lost on those on the receiving end of hate crimes. With the right political will, however, it’s not too late to reverse current trends.

Ontario Premier Doug Ford’s token gesture last week granting a mere CAD 300,000 ($243,000) to provincial schools to “combat Islamophobia,” is but one of many examples of hypocrisy on the issue in Canada’s political class.

Not only is the sum far too little considering the population of Canada’s largest province, but the offer comes from the same premier who blocked a motion condemning Islamophobia just three weeks earlier, in the wake of the killing of a Muslim family in London, Ontario by an Islamophobe.

But Ford, who was likely just playing to his base – white suburban voters with small, conservative and often racist views at odds with Toronto’s urban cosmopolitanism – is not alone in such blatant hypocrisy.

Sadly, it runs across party lines.

Justin Trudeau’s ruling Liberal government is also guilty. First, it took him six years and two of the worst examples of Islamophobic violence in the world – the 2017 massacre of Muslims at worship at a Quebec City mosque and the public execution by pickup truck of the Afzal family in London, Ontario last month – to make any effort at reviving the anti-hate laws axed by former Conservative Prime Minister Stephen Harper in 2013.

Section 13 of the Canadian Human Rights Act, known as the "hate speech provision", stated that it is discriminatory to communicate any material "that is likely to expose a person or persons to hatred or contempt".

While free speech advocates and Conservative politicians praised the Harper government's decision at the time, human rights lawyers and the Canadian Bar Association lamented its loss.

And hate crimes rose exponentially after its demise. Under the current criminal code, it’s very difficult to define “hate” and therefore prosecute perpetrators for “hate crimes.”

While Trudeau made an impassioned speech denouncing Islamophobia after the Quebec City massacre in 2017, for Canada’s beleaguered Muslim community, actions speak louder than words.

Finally, Trudeau’s government has proposed a new anti-hate law called Bill-36, that would effectively revive Section 13, and give it more teeth by providing a broader definition of hate speech as well as allowing anyone who fears they could become the victim of a hate crime to apply for a peace bond as a deterrent. A breach of such a bond would also have a stiffer penalty of up to four years in prison.

But the bill was introduced a few hours after parliament’s official summer recess and is seen by critics as a cynical ploy to gain votes in a widely anticipated Fall election, with little chance of timely adoption or implementation if an election is called. It also would not introduce any new penalties for social media giants like Facebook or Twitter, epicentres of online hate.

While the bill, in effect since 2018, ostensibly aims to enforce state neutrality in religious affairs, it effectively targets Muslims and fuels Islamophobia. It particularly targets Muslim women – the most frequent victims of Islamophobic hate crimes – who wear the face veil.

Under Bill 62, such women are forbidden from giving or receiving public services, including riding public buses and subways. The law also prohibits public servants like doctors and teachers from working while veiled.

Shortly after, Bill 21 was introduced by the province’s current ruling party, the Coalition Avenir Quebec in June 2019, in which people working in public service are barred from wearing religious symbols, including crosses, the Jewish kippah, hijabs, niqabs and turbans. Both bills have increased Islamophobic and other hate crimes against visible minorities.

Powerful Jewish lobby and groups like Bnai Brith, which invest heavily in political parties at the federal and provincial level, often fuel the fires of anti-Arab and Islamophobic hate.

Some Muslim activists have raised concerns that advocating for stronger action against hate speech could further criminalise criticism of Israeli human rights violations or support for the Boycott, Divestment and Sanctions movement for Palestinian rights as “anti-Semitism.”

In 2019, Trudeau dumped then-Liberal candidate Imam Hassan Guillet, who rose to prominence after delivering an impassioned speech honouring the victims of the Quebec City mosque massacre, after right-wing Jewish organisation B’nai Brith accused him of making “anti-Semitic” and “anti-Israel” comments.

And while New Democratic Party leader Jagmeet Singh was kicked out of parliament for calling a Bloc Quebequois MP a “racist” for blocking a motion recognising systemic racism in the RCMP (Royal Canadian Mounted Police), he has historically been much more timid about calling out Israeli occupation.

Islamophobia is further fuelled by the conflation of “anti-Semitism” and criticism of Israel, but there are some encouraging signs.

Islamophobia as a civil liberties issue

So, what are the solutions to combating Islamophobia in Canada? Adopting actual hate crime laws with vigorous prosecution measures after an 8-year absence of Section 13 would be a start. Adopting a wider view of what constitutes the Canadian Muslim community would also be a good idea.

While Ford’s gesture, like so many of his political opponents, is disingenuous at best, it’s also giving funds to the wrong organisation. The MCA has ties to the Muslim Brotherhood and is fraught with controversy. Islam and Muslim Canadians are certainly not a monolith and range from conservative Muslims to LGBT-friendly organizations like Salam.

The fight against Islamophobia should really be a civil liberties issue, looking to the example, oddly enough, of our neighbour to the south where the ACLU vigorously combats Islamophobia, citing it as an affront to freedom of religion.

Ultimately, Canadian politicians need to stop paying lip service to fighting Islamophobia. After hosting two of the worst Islamophobic massacres in the world, and with ongoing attacks against Muslims on Canadian soil, it’s time to get rid of any smug complacency that Canada is a multicultural haven. 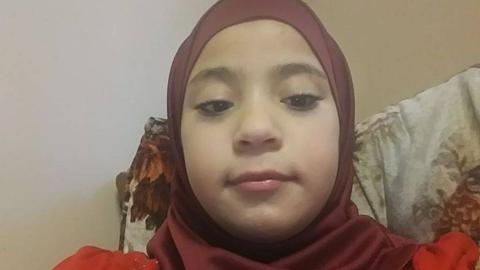