Corruption in US universities cuts deeply for ethnic minorities

The corrosive impact of corruption in US universities has not only damaged the reputation of leading universities but also the basic ethos of meritocracy which they profess.

As a professor of engineering at one of the universities directly impacted by the college scandal, I am outraged at the audacity of all those involved in this scandal. For racial minorities, this scandal cuts deep since we are so often made to feel that we didn’t earn our way into these institutions.

I am angry for every black and brown student who attended college and were challenged, implicitly or directly, about their right to exist in a space that they earned while mediocre students of extreme privilege who do not appreciate the opportunities afforded to them walked around these spaces as if they owned it. Perhaps in some way they did “own” it since, as we’ve learned, their spaces were bought by their wealthy parents.

These parents didn’t use the normal scheme of big donations to get their kids into college, but instead lied, cheated, bribed, and engaged in illegal activities to make sure their kids were accepted.

As Anand Giridharadas, author of the book “Winners Take All: The Elite Charade of Changing the World,” tweeted, “Many rich Americans are no longer content with the generalized rigging of America in their favour. They want extra, private, bottle-service, bespoke rigging, over and above the unfair advantages they’re forced to share with other rich people.”

Given this scandal, I’ve been prompted to reassess the “imposter syndrome” that has so often plagued my life and, as I know, the life of other underrepresented persons on college campuses across the world.

Imposter syndrome was first described by two psychologists in the 1970s based on their work on high achieving women. It refers to a phenomenon in which a person doubts their accomplishments and have persistent fears of being exposed as a fraud.

The power of imposter syndrome is especially insidious because the feelings of inadequacy that cause one to feel like a fraud persist even when one has external proof validating their success.

What makes this college scandal even worse is that these kids of affluence and wealth were the real imposters. However, since these imposters came from affluent families, their presence was probably not questioned by their peers, whereas black and brown students who rightfully earned their admissions may have to deal with discrimination and the associated stresses from being accused of “stealing spots.”

As the child of immigrant parents, I have been taught that education is the gateway to opportunity. It’s one of the reasons I became a professor—to help students gain access to this great opportunity so that they can be in a position to change the world for the better.

I often tell my students that one of the advantages of attending our great university is the networking opportunities and that as they should take advantage of this by trying to develop relationships with their peers and professors.

It is through these networks that present and future jobs, scholarships and so many other opportunities manifest. Thus, one of the great travesties of this college scandal is that these extremely privileged people, who already have access to so many opportunities, not only robbed a student of the unique educational opportunities present at these universities but also of the networking opportunities.

I am angry for every student that paid student loans to Sallie Mae, while these parents paid $500,000 to a fake charity. I am angry for every student with special needs who hesitated to seek the services they need for extra time on exams for fear of being labelled, while these students brazenly faked paperwork to get additional time to take the SAT.

I am angry for every student athlete that spent numerous hours practising their craft before and after school, while these parents and their children spent a couple of hours photoshopping a fake athletic profile.

It is more apparent than ever that the US, like many educational systems, is flawed at all levels. College is such a unique formative experience in a person’s life, yet access to higher education is skewed towards those that have the privilege to take college test prep courses, afford extracurricular activities, and have relatives who can help students gain valuable internships and volunteer opportunities.

At the kindergarten to twelve grade level, the unfairness exists in how predominantly white school districts receive billions of more dollars than districts that serve mostly students of colour.

I, like all parents, want what is best for my children. But, unlike what American playwright and film director David Mamet stated in his open letter in defence of his Hollywood friends, the majority of parents do not to let their zeal for their children’s future to overcome their better judgement and lead them to commit such heinous and illegal acts of cheating to get their kids into college.

This is why I, like many people across the country, was moved to anger when I heard of this college scandal. However, I am also hopeful that this scandal will force everyone to take a closer look at disparities in our educational system—from pre-kindergarten level to higher education and use this as a chance to make our educational system much more fairer. Raissa Douglas Ferron, PhD is an associate professor in infrastructure materials engineering in the Department of Civil, Architectural and Environmental Engineering at the University of Texas at Austin and Director of the Laboratory for Infrastructure Materials Engineering. She is a Public Voices Fellow through The OpED Project. 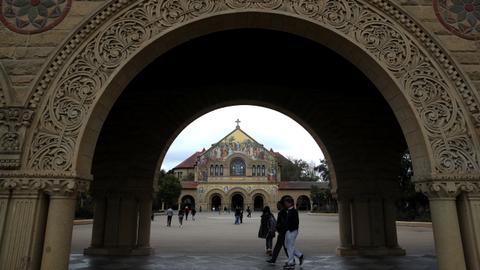 Is this the end of the Turkey-Russia relationship in Syria?

NATO and the West's dereliction of duty in Syria and Turkey