Online gaming is turning into a multi-billion dollar industry that has the potential to transform how we consume popular culture.

For a brief moment over the summer, a largely hidden subterranean world emerged into public view when a 16-year-old American teenager won a computer game tournament and pocketed $3 million.

Those sorts of sums – though admittedly dwarfed by the amounts paid to professional athletes – made the media sit up and take notice.

The Fortnite World Cup in June was the first time most of the public who don't play computer games or have friends or children who do, realised there was such a thing as competitive gaming, in front of an audience, competing for millions of dollars. (Fortnite, for the still unaware, is an enormous multiplayer shooting game, where up to a hundred players compete to kill each other.)

That's because while esports is big business, it is a business largely hidden from public view, carried out in virtual worlds connected via the internet, and played mainly by individuals in their homes.

Yet it is an immense industry, viewed by nearly 400 million people worldwide – it is growing particularly strongly in East Asia – and one the World Economic Forum estimates could soon be a billion-dollar business.

In addition to vast sums in prize money, there are also esports leagues, where players are paid salaries, teams fight for the best players and compete with teams across regions and countries. Online, hundreds of millions of fans follow their teams and players.

But what is happening on bedroom screens is coming shortly to the real world.

Esports will be a key driver of new technology and changes in society, affecting people who don't play esports at all. Not for the first time, the games teenagers play alone will shift the tastes of millions.

It's already started in the world of finance. With esports tournaments taking place mainly online, across different countries, it is essential to have a transparent, trusted mechanism for payments. Players need a technology that allows them to pay and be paid small amounts of money quickly, for fees and prizes.

Digital currencies, and cryptocurrencies like Bitcoin, are therefore an essential part of the industry. Esports might actually be the largest and most respectable industry to use digital currencies (online gambling is bigger, but is not seen as respectable) and can help spur its adoption by the wider public.

Computer games allow machines to “learn” how to respond to novel environments and in particular figure out how to deal with unpredictable humans in the safe environment of a game. And it's not only relevant to driverless cars – with more cars incorporating some form of technological driving assistance, it matters for the average driver.

If gaming technology is on the road, it is also in the sky.

Drone racing is a good example. Drones are a new technology that, in just 15 years, has morphed from expensive research projects through military technology and to consumer products and toys. Drone racing is one of the newer esports, where contestants wear headsets that allow them to see through a camera mounted on the front of the drone as they race opponents around an obstacle course.

There is a good chance that as the sport becomes more popular, it will transform the technology available for commercial drones, in the same way, that technology from Formula 1 racing finds its way into consumer cars.

You can readily imagine drones getting faster and more aerodynamic, racing through dangerous terrain like forests: to do that, all aspects of drones, from battery life to proximity sensors, to video cameras, will need to be tweaked to win matches, and all of that will find its way into drones used for scientific research, the emergency services and film and television.

Nor will e-sports only affect technology -their impact will filter into culture as well.

Games players are used to being able to choose the direction of gameplay as has increasingly become the norm owing to 'open world' games. Similarly, viewers of professional games are used to choosing how to observe their selected player. On a battlefield game with potentially dozens or hundreds of players, viewers are used to cutting between views of different players, and of choosing different camera angles.

That immersion in one cultural product will soon translate into others. Film storytelling will catch up, particularly as more movies and TV shows are tailor-made for online-only platforms like Netflix that the viewer can easily control.

Films will be more immersive, asking viewers to choose between story angles (as has been done on Netflix), controlling the action to some degree. TV cooking shows will ask viewers which food they should prepare.

That attempt to personalise television is more than a mere gimmick. It's a philosophical change in how audiences interact with creative culture.

A film or a piece of music is a complete linear work; it has been created by one or more people with a defined structure, a beginning, middle and end.

But a computer game or film where the audience chooses the ending is different; it is no longer a work of art but a non-linear experience, and each viewer experiences it differently.

That is already true for esports. There is no one version of an esports game. Viewers are cutting between so many camera angles and observing so many parts of a sprawling game that there is no one definitive game that everyone can be said to watch.

As that way of experiencing a product trickles into other culture, viewers will become less dependent on a director-led story. To take one fictional but plausible example: the various Avengers movies all had at least one major battle in them, with the scenes chosen by the director. In a future film, viewers could cut between various superheroes, following, for example, the Hulk's battles whilst ignoring Captain America's.

Some of these changes are already with us, while others are on the way.

It is staggering to note how rapidly a barely-known phenomenon is changing disparate parts of society. The tastes of millions of young people glued to screens in their bedrooms are affecting how the rest of us live our daily lives.

Faisal Al Yafai is a London based journalist & essayist. 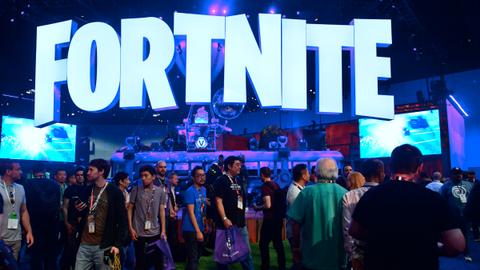 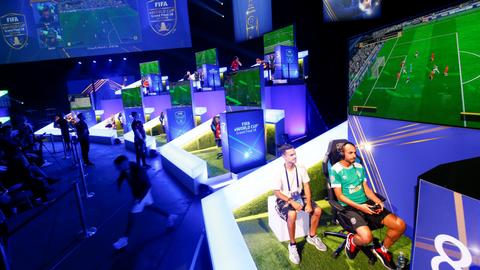