Is India trying to subdue Kashmir through religious tourism?

The Indian state under the increasing influence of Hindu nationalism is using Hindu pilgrimage sites in order to expand its nationalist project. Can cultural imperialism work where brute force has failed?

Discovered in 1850 by a Kashmiri shepherd Buta Malik, the Amarnath cave is located more than 4km above sea level in the southern region of the Kashmir valley. It is the site of a recently popular annual pilgrimage among Indian Hindus.

The pilgrimage, over the years, has been institutionalised by the Indian state undergoing Hindutva transformation and its local clerks in Kashmir, both of whom have played an active part in ensuring proper management of the increasing number of pilgrims.

The Amarnath Yatra has thus become explicitly synonymous with a cultural project to ossify the colonial claim of the Indian state over the dissident people and land of Kashmir. The same pilgrimage is maintained annually with the help of increased militarisation, while ignoring the persistent consequential threats it poses to the fragile environment.

To begin with, the Yatra would last no more than two weeks. However, with the imposition of Hindutva organisations over governmental institutions in India, the fierce attempts to assimilate Kashmir into the Indian state and stir demographic tension in the region, the duration of Yatra has gradually increased to between 40 and 60 days over the last decade. These organisations have even called for the Yatra to be made a permanent affair.

In its management and maintenance of the Amarnath Yatra, the Indian state has prioritised nationalistic gains over environmental sustainability.

The 2013 floods that occured in Uttarakhand and the 2014 floods that ravaged Kashmir bear evidence to the dangerous impact of climate change in the Himalayan region.

Despite that, and the fact that the number of pilgrims to Goumukh and Gangotri have been limited after the calamity, no precautionary measure has been taken for the Amarnath Yatra. The limit of 7,500 visitors to Amarnath from each route per day is unacceptable insofar as the carrying capacity of the region is concerned.

This year's Yatra, that commenced from June 28, began amid a persistent spell of rain which threatened to recreate the devastating floods of 2014. Landslides that occurred on the Amarnath Yatra routes have claimed 10 lives so far with the threats looming large as wet weather has already suspended the Amarnath Yatra.

Reports have also suggested that 55,000 kilograms of waste are generated each day during the Yatra. Outside the shelters, makeshift toilets and eating places, large heaps of garbage can be seen which is then dumped into the river or left as such.

The Lidder and Sindh rivers bear the maximum brunt of this wastage. Both are vital cogs for the natural ecosystem and feed the valley's largest river Jhelum. There is no concern for the water though as Yatris with pilgrims pictured urinating on the banks of Dal Lake and Lidder. The pictures went viral and drew flak from the local populace.

To date there has been no environmental impact assessment to gauge the impact the Amarnath Yatra is having on the local environment.

Until 1980, the Yatra did not receive much attention from Indian Hindus. It was only after the political turbulence of 1990s, characterised by an armed insurgency, that Indians began actively marking their attendance at the cave. The telling fact is that the number of pilgrims have particularly grown after spurts of dissent in the valley like the armed insurgency of 1990s or the uprisings of 2008, 2010 and 2016.

The pilgrims are welcomed by signboards of "Love Kashmir, Love India", "Kashmir: Paradise on Earth" and a variety of welcoming announcements from the Indian armed forces, all along the route guarded by the "security grid"  an armed superstructure whose primary job is to maim, kill and torture Kashmiris day in and out.

The pilgrims chant slogans in favour of India and display their national flag. The "security grid" ensures that they are made to feel at home. Such signs can be seen on street sides, curbs, check posts, private property, and even boulders up in the mountains where the pilgrimage takes place.

If anywhere the visiting pilgrims come into contact with locals, it is near the Amarnath cave where lower class Kashmiris work for their livelihood  as horse owners, taxi drivers or tent owners. Over the years, the managing authorities have also gradually tried to decrease all kinds of involvement of Kashmiris in the Yatra, decreasing the potential for them to earn from this massive pilgrimage.

Disguising the Yatra in the cloak of tourism furthers the myth that tourism accrues major economic gains to the local Kashmiri populace and tries to present an image of economically empowering Kashmiris. Also the Yatra is essentially a temporary political game that makes observers believe that nothing is wrong in Kashmir, while normalising ecological devastation under the cloak of militarisation and state control of natural resources.

The "security grid" tasked with the management of Yatra consists of the Indian army, the Indian paramilitary forces and the J&K Police. These forces are mobilised every year prior to the Yatra and guard the pilgrims’ right to move from Jammu to the Amarnath cave. The total number of armed forces is approximately 20,000-30,000. Military base camps are permanently stationed at around 11 places along the Yatra route.

This year, the Jammu and Kashmir police had sought an additional deployment of 22,500 additional paramilitary personnel along the Yatra routes, which takes the total number of personnel to 40,000 — the largest ever security cover. Such heavy militarisation can never be used to build a peaceful environment for the locals in the first place and the incoming tourists.

The present shape of Amarnath Yatra has been gradually fortified by the Shri Amarnath Shrine Board (SASB) formed in 2000, which acts as a "sovereign body" and devoid of any actual governmental checks. It has been at the forefront in turning a little known pilgrimage into a massive, annual ritual.

Supported by the state as well as Indian right-wing groups such as Vishwa Hindu Parishad and Bajrang Dal, SASB has successfully rallied Hindus across India to make a ‘more-national-than-spiritual’ tour to the cave.

SASB has pushed the state to yield to an increase in the number of pilgrims, the duration of Yatra, and the management of the Yatra. The number of pilgrims have mainly increased because of SASB's tireless campaigning among Indian Hindus to undertake this nationalistic pilgrimage.

The eventual strengthening of SASB empowered it to buy a little over 400,000 square meters of forest land around the cave from the Jammu and Kashmir government in 2008. Huge protests ensued in Kashmir and the deal did not materialise despite right-wing groups mobilising Hindus in the Jammu region and enforcing an economic blockade on the Kashmir valley. More than 60 Kashmiris were killed during those protests.

The curious case of Amarnath Yatra  from a little known religious tour to a full-fledged state-sponsored pilgrimage has inspired right-wing groups to lay claim to similar pilgrimages in other places of reverence for Hindus throughout Jammu and Kashmir. Such places include Sindhu Darshan Utsav in Leh District, Buddha Amarnath in Poonch District, Machail Yatra in Kishtwar District, Kailash Kund Yatra in Doda District and Kousar Nag in Kulgam District.

In all these cases, in the words of VHP Vice-president of Jammu, Rajesh Gupta, "once the Yatra is conducted regularly, after about 1015 years, the younger generation would be made to believe that this was an ancient Yatra and that this new generation would keep the Yatra alive, thus lodging itself in the memories of the coming generations".

The Yatra, therefore symbolises an Indian Hindu incursion into a dissident Muslim-majority Kashmir valley. This political use of a religious pilgrimage is simultaneously pregnant with a state-sponsored environmental disaster.

A 2017 report by Jammu & Kashmir Coalition of Civil Society calls the Amarnath Yatra as the use of religious tourism, a seemingly secular activity, to control conflict areas. The title of the report appropriately sums up the nature of the Yatra:  A Militarised Pilgrimage. Nayim Rather is an independent journalist from Kashmir. 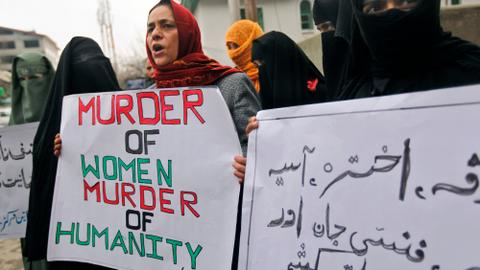