Presidential candidate Joe Biden's remarks on Turkey in an interview in January of this year have caused renewed furore.

Consistently leading in the polls, presidential candidate Joe Biden seems to be 6 percent ahead, even in the latest poll by Fox News channel, which is known to have a close relationship to President Donald Trump (Biden 48 percent, Trump 42 percent). This means Biden has a genuine chance at replacing Donald Trump in the White House

But Biden has caused a real stir in Turkey where in an earlier interview he gave to the New York Times, he literally called for toppling the government of Turkish President Recep Tayyip Erdogan.

But through elections, "not a coup" as he points out, which doesn't change the fact that it is foreign meddling in a country's domestic affairs.

He stated that US security was directly dependent on having "the strongest possible network of partners and allies working with one another."

So, what could Biden's presidency mean for the relationship between him and Turkey?

It is always good to remember that while President Obama's first term was exceptionally good for Turkey-US relations, his second term in office saw constant tension and crises.

Biden, in the interview this year, clearly expressed that the US should interfere in Turkey's domestic policy and supplement that by supporting 'the opposition' - as Washington has been involved in such activities in the past.

Frankly speaking, Biden believes in foreign intervention at any cost.

Biden emphasises that Turkey must be isolated in collaboration with US allies in the Eastern Mediterranean. One wonders whether he forgets that Turkey is a member of NATO when he refers to its own allies.

He also goes on to state that, "And the last thing I would’ve done is yielded to him with regard to the Kurds. The absolute last thing."

Biden ignores the fact that Turkey has been battling the PKK terrorist organisation which has taken the lives of tens of thousands Turkish civilians - but it is not fighting "the Kurds" as he clumsily puts it.

Apart from this, there have been other statements made by Joe Biden regarding the withdrawal of the nuclear arms at Incirlik Air Base (which is important to both the US and NATO), the imposition of sanctions on Turkey in relation to the S400 purchase, and the recognition of the so-called Armenian Genocide.

The Obama-Biden administration did not take any steps with regard to the extradition of FETO’s leader responsible for the attempted 2016 coup in Turkey; therefore, if Biden is elected, no progress can be expected in this matter.

In fact, his unfortunate statements regarding Turkey during his interview with the New York Times should not come as a surprise because Biden’s stance regarding Turkey has become increasingly more rigid over the past two years.

During a video conference that Biden recently held with Muslim-Americans, he described Turkey as a threat and Iran as a more friendly nation, which is a real cause for concern.

Muslim Americans who live in the US told me that they were also surprised to hear Biden’s remarks regarding Turkey and Iran.

Some experts on Joe Biden’s team are well acquainted with Turkey. Antony Blinken, Susan Rice, Jake Sullivan, Nicholas Burns, and others made up the White House staff during Obama’s term.

When we look at the statements made by these esteemed experts, unfortunately, we come across similar contentious remarks regarding Turkey. It is widely known that the Biden campaign is under significant pressure from Greeks,Armenians and other anti-Turkish groups.

If Biden is elected, will this break US-Turkey ties?

I don't think that the relationship will break completely. Biden is a statesman, despite what his remarks to the New York Times might tell us.

He and his team know that Turkey has a strategic location and a very important position in NATO. The region's problems cannot be resolved without Turkey. It is impossible for Turkey to be eliminated either in Syria, Iran, or the Eastern Mediterranean.

Let’s not forget that Biden has already made two apologies to Turkey. In a speech at Harvard University in October 2014, he described Turkey as the most problematic country in the Middle East.

After witnessing reactions to his speech, he called and apologised to President Recep Tayyip Erdogan. In August 2016, he said, “The American people stand by you. Barack Obama was one of the first people who called Erdogan. But I do want to apologize. I wish I could have been here earlier.”

Based on the interview he gave to the New York Times, he should clearly understand this. Not everyone in Turkey is always on the same page, but on the YPG-PKK terrorist organisation, a foreign intervention, or the national struggle in the Eastern Mediterranean, Turkey is one flesh.

The topics that Biden has made controversial statements on are those that the people of Turkey cannot give up on or be suppressed.

If Trump wins again, the relationship between Turkey and the US will continue as it is. It should not be forgotten that there are many issues that have not been settled yet, and they are still waiting to be solved with the Trump administration.

If Joe Biden wins, the relationship will not be as easy, I’ll admit; some new problems will be added to the current problems, but the ties will not be completely broken—it is simply impossible.

Turkey will continue an open dialogue with whoever is elected. Should the US push Turkey away, doing so will only serve Turkey's enemies, and those of the US too.

For Biden and his team, it will be the most fruitful step if, without any polemics, they sincerely embrace their relationship with Turkey as they did in the Korean War. 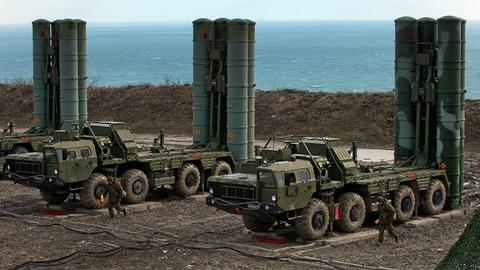