The use of social media galvanised protesters in Russia like never before, and the state proved ill-equipped to deal with a fast-mobilising public.

In the 18th century, philosopher Jeremy Bentham developed the Panopticon; a structure designed so that a single guard can watch over all prisoners without them knowing they were being monitored. Many authors use this model to explain the capacity of the state to watch its citizens.

Ironically, Russia's online media sphere showed that the Panopticon can be reversed, and individuals can move from being exposed to surveillance to actors that have agency and can subject the state to accountability. Such a reversal of fate is a novelty and exposes the other side of the Panopticon.

The online exposure of the Kremlin's recent corruption falls under this category. The subsequent brutal suppression and police violence add another layer and a new trigger for further protests and general public mobilisation.

Over the weekend, protests took place in 65 Russian cities fuelled by social media. Instagram, YouTube, Twitter and TikTok were flooded with messages of support for opposition leader Aleksei Navalny.

Even when the protesters confronted temperature below -50C, police brutality, and mass arrests, they still persevered for the release of Navalny. The combination of online and on-the-ground mobilisation helped the demonstrations to exceed expectations. The hyperlocal nature of the protests, which are not focused on a single location but flare up concurrently in different places, surprised authorities.

Navalny was arrested upon his return to Russia from Germany, following a near-fatal poisoning with a KGB-style Novichok family of potent nerve agents. He has accused the Kremlin of ordering his murder, which Moscow has denied. However, even after his arrest, Navalny has continued to challenge the Kremlin from jail by releasing a two-hour investigative video exposing a $1.36 billion palace on the Black Sea allegedly belonging to President Vladimir Putin.

This video on Navalny's YouTube channel has since become the most-watched report ever, with over 90 million views. In this context, YouTube turned out to be fundamentally important to coordinating protests and creating a sense of invincibility in dissenters. Telegram groups, Twitter and Instagram became the focal points for organising protests after Navalny called on his supporters to march on the streets.

Videos and posts promoting action went viral, particularly on TikTok, where young users in the app have filmed themselves packing items, seemingly preparation for upcoming protests. Others were seen replacing portraits of Putin on their classroom walls with images of Navalny.

"Respect to the schoolchildren who, according to my lawyer, 'wreaked havoc on TikTok','" Navalny said in a message posted on Instagram via his lawyer. In total, videos shared using the hashtag #23 January have garnered more than 134 million views. These unprecedented rates of viewership inspired mobilisation.

Online dissent proved challenging for the state. While police visit the homes of activists, journalists, and even subscribers to pro-Navalny social-media sites to intimidate them, these tactics have had mixed results.

Subsequently, the police accused "the media, the internet and social networks" for organising the demonstrations in its statement. The Kremlin was stunned to find out that viral trends on TikTok could generate such large turnouts in the streets.

It is worth noting that social media platforms have played critical functions in previous uprisings, including in the Belarus protests, Euro-Maidan, the Arab Spring, anti-government demonstrations in Hong Kong, and protests against racial injustice in the United States. But in Russia, this is the first time.

The political outcome of these events is still uncertain, as Russian citizens still demand Navalny's release. However, these protests once more showed that the Russian state's violence against hyperlocal dispersed protests is ineffective. It is also still unclear why the Kremlin's response to innovative protests resorted to the same outdated Soviet repression playbook.

Despite the international impression that Russian cyber activities are among the most advanced globally, the establishment dealt with the Navalny protests in an obsolete way, relying on 20th century KGB tactics.

Over the past week, what happened in Russia is a stark reminder of how the online community can turn a political crisis into an opportunity for political change. Despite the many flaws in the so-called "connective action," the digital public sphere can create new political realities at a dazzling pace when it works.

The parallel between Jeremy Bentham's Panopticon and the digital sphere remains salient. However, what happens when the model is turned upside down, and the prisoners become empowered and demand accountability, justice, and rule of law. 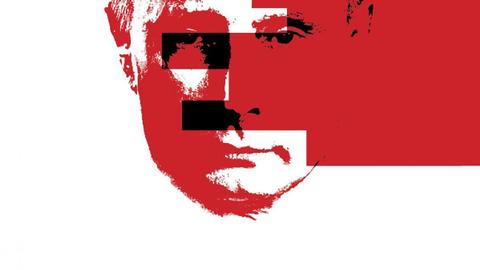 ‘Liberalism is dead’: Putin’s drive to unite the world’s conservatives