1
Can Arab rapprochement with Syria help contain the regime’s narcostate?
2
Far-right extremism in the US: New tools, old challenges
3
What’s in a name: Who called the lands ‘Palestine’?
4
Starving for dignity in Israeli prisons
5
Syrians across Europe start to feel the anti-refugee tide turn on them

Recent revelations that an anti-Muslim hate group allegedly paid thousands of dollars to two employees of a Muslim advocacy organisation to undermine American Muslim activists on behalf of the Israeli government are undoubtedly shocking but represent only the tip of the iceberg in what is now a decades-long effort by the Jewish State to harass, smear and threaten pro-Palestinian activists in the United States.

On December 15, the Council on American-Islamic Relations (CAIR) announced it had fired Executive Director Romin Iqbal for collaborating with the Investigative Project on Terrorism (IPT), which is headed by Steve Emerson, a former journalist and a self-proclaimed expert on Islamic and Middle Eastern terrorist groups. IPT is deemed an anti-Muslim hate group by the Islamophobia Network because of the way it uses "unsubstantiated threats that portray Muslims as dangerous to accrue funding" and that Emerson has a reputation "for fabricating evidence to substantiate his ravings about Muslim extremism.”

Seven days later, another shoe dropped, with CAIR announcing it had discovered a second “spy” within its organisation, one who confessed to having been paid $3,000 per month over 4 years by IPT to “protect the Israeli government” by spying on a mosque in the US and "record prominent Muslim leaders.”

"One of Emerson's goals, we were told, was protecting the Israeli government by undermining Muslims engaged in political and human rights activism," said CAIR, while revealing a series of emails between Israeli officials and IPT, including one showing a request for information related to Students for Justice in Palestine, a student advocacy group.

Nihad Awad, CAIR’s national director, said his organisation had accumulated a lot of information on IPT, saying Emerson was “providing assistance to Israeli intelligence” and communicating with the office of then-Prime Minister Benjamin Netanyahu.

“Let me say that again. The Israeli government was collaborating with an anti-Muslim hate group,” said Awad.

More than that, these are the actions of a rogue and adversarial state, not those of a self-proclaimed democratic ally, but we should hardly be surprised, given the nexus between Zionism and the Islamophobia industry is documented in great detail, starting with a Zionist-funded conference in 1979. The conclave brought together US neoconservatives with Likud Party figures to tie Islam to terrorism in mainstream political discourse, with the aim of tying Palestinian aspirations for liberation to “terrorism” in the minds of American voters, as observed by Professor Deepa Kumar in Islamophobia and the Politics of Empire.

In 2011, the Centre for American Progress published “Fear Inc: the Roots of the Islamophobia Network in America,” which found that seven non-profit foundations donated $42.6 million to support the spread of anti-Islam rhetoric between 2001 and 2009, showing how a “well-funded, well-organised fringe movement can push discriminatory policies against a segment of American society by intentionally spreading lies, while taking advantage of moments of public anxiety and fear”.

These “lies”, particularly those that falsely tie Islam as a gateway to terrorism, were weaponised to advance the political interests of the Israeli government and conservative Christian groups and individuals.

Proclaiming Justice to the Nations (PJTN), which has been identified as an anti-Muslim hate group by the Southern Poverty Law Centre, a non-governmental organisation that tracks hate crimes in the United States.

PJTN’s founder and president, Laurie Cardoza-Moore, has falsely claimed that 30 percent of American Muslims are terrorists and are operating “35 terrorist training camps” in the US; that Islam is a “political system of global domination,” and that tornadoes can be blamed on former President Barack Obama’s “support for a Palestinian state”.

“The grant to PJTN was part of a broader push by the ministry to support pro-Israel groups fighting BDS in the United States, which has raised questions about whether those groups properly disclosed the support they received from foreign entities,” observes Forward.

Two years ago, the New Yorker revealed how a private Israeli intelligence firm — Psy-Group — spied on pro-Palestinian activists in the US, particularly prominent individuals who publicly support the Boycott, Divestment and Sanction (BDS) movement against Israel.

Psy-Group, which employs discharged Israel Defence Force soldiers and former intelligence operatives, conducted an operation named “Project Butterfly” to disseminate negative information about BDS activists, with the goal to create a “new reality in which anti-Israeli activists are exposed and forced to confront the consequences of their actions.”

The company told donors the operation’s primary message is to convince Americans that “anti-Israeli activity equated to terrorism,” according to the New Yorker.

These revelations, along with those revealed by CAIR during the past few weeks, show the strategy to smear, threaten and intimidate pro-Palestinian activists into silence by falsely tying to them to “Islamic extremism” remains a cornerstone of Israel’s campaign to win American hearts and minds. 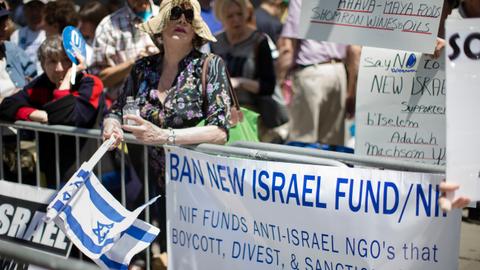 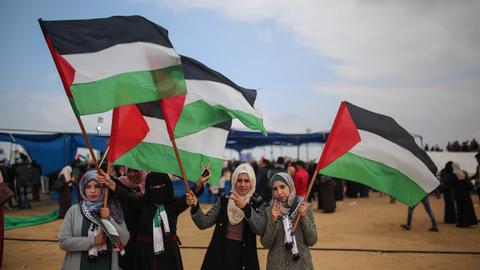 1
Can Arab rapprochement with Syria help contain the regime’s narcostate?
2
Far-right extremism in the US: New tools, old challenges
3
What’s in a name: Who called the lands ‘Palestine’?
4
Starving for dignity in Israeli prisons
5
Syrians across Europe start to feel the anti-refugee tide turn on them