By passing a resolution equating the Boycott, Divestment and Sanctions movement against Israel with anti-Semitism, Germany is letting its Nazi past lead to support for an apartheid regime.

It called on German institutions to cut the funds for its activities and "not provide premises and facilities under the administration of the Bundestag to organisations that express themselves in anti-Semitic terms or question Israel's right to exist".

The resolution further claimed that "the argumentation patterns and methods used by the BDS movement are anti-Semitic."

It was surprising that such a resolution gained support from parties throughout the German political spectrum except for the far-left Die Linke. Ironically, even the AfD, an anti-immigration and anti-Islam party accused of playing down Nazi crimes and accused of being nostalgic towards Nazi Germany, supported the motion. However, the Israeli ambassador to Berlin reiterated he avoids all contact with the party, and that it has no interaction with the German Jewish community.

The comparison between BDS, a peaceful civil campaign calling for a boycott of Israel until it ends illegal occupation and respects international law, and the anti-Semitic Nazi calls for boycotting the Jews, is nothing but absurd. BDS itself is supported by many Jews who stand against the illegal occupation of Israel and its racist apartheid regime, and stand against Israeli violence against any other people, including Palestinians.

Why, and why now?

Seeing all mainstream German parties voting for the motion, with even Die Linke trying to propose an alternative proposal condemning BDS without equating it with anti-Semitism, one realises how German legislators are still haunted by the unforgettable Nazi crimes against innocent Jews. German guilt for what the Nazis did has translated into atoning for that guilt by blindly supporting Israel.

It is understandable that German legislators want to atone for that guilt, but one justifiably asks, why do so by committing another wrong, and covering up for others committing new crimes? And why is this atonement only for Israel, a state representing no more than half of Jews worldwide, and not to Jews all over the world?

German guilt does explain the blind support for Israel, but not the question of 'why now?'. I believe it is wrong to read the resolution solely in the German context. Answering this would require that we look at the international context and what is being circulated in the media about the Trump administration’s so-called ‘Deal of the Century’, which is based on ‘shutting off’ or ‘closing files’.

Israel made sure that Jerusalem and refugees are off the table and that Palestinians in occupied territories do not have an independent state, but also remain without political or civil rights, so they do not pose a ‘demographic threat’ to the ‘purity’ of Israel.

Racist as it may be, this formula of apartheid is irreversible for Israeli policymakers. But at the same time Israel is concerned about projecting its image worldwide to ensure international support - as the Bundestag offered last week - and aid.

Therefore, Israel is very serious about shutting any dissenting voices or attempts to expose its real face, deploying its multiple propaganda machines, such as the Hasbara, Ministry of Strategic Affairs and its online ‘Monitors’, envoys and missions, and student ‘internships’ of ‘Ziotrolls’ working online.

BDS may not have been successful in its economic boycott, but it has been very successful in exposing Israeli crimes committed regularly. This is intolerable for Israel and its lobbies, and BDS needs to be silenced for the support and aid to continue.

Looking at the decision from another side, it also shows how desperate Israel has become. A movement of volunteers who protest and express their opinions peacefully has become an ‘existential threat’ to the racist regime.

This has not been the only attempt to silence BDS. In 2017, the Swiss parliament passed a bill prohibiting state financing for BDS, listing it along with forms of racism, but that explicit reference was eventually withdrawn.  Several states in the US have proposed anti-BDS legislation which is currently being challenged in courts by local Muslim NGOs.

Why should we all be concerned?

Israeli Prime Minister Benjamin Netanyahu, of course, welcomed the move and called for it to be repeated elsewhere. It is no doubt a long-awaited gift any allegedly corrupt ruler would wish for, a delivery system for propaganda to whitewash crimes and racism. This decision would cover up for Israel’s crimes against humanity, including apartheid and war crimes, and motivate it to continue on its path without accountability.

It also sends a counter-productive message to Palestinians and pro-Palestinian activists, that peaceful means are not the way. If even acting within the full constitutional right of freedom of expression is criminalised, then how are Palestinians expected to resist the occupation?

In the interest of Jews?

I previously argued that linking anti-Semitism with Israel, in any way, would gravely harm Jewish communities worldwide. Israel’s actions are indefensible, and it would require returning to the Soviet age for Israeli propaganda to be able to cover up its crimes.

Therefore, linking criticism of Israel’s illegal and arrogant behaviour with hatred and racism against Jews could be wrongly translated as Israeli behaviour representing Jews worldwide. This would eventually be reflected in further cases of anti-Semitism. Of course, Netanyahu, who builds alliances with alleged anti-Semites such as Hungary’s Prime Minister Viktor Orban, cares little about Jewish communities worldwide. Those Jewish communities should be as concerned as Palestinians about such decisions.

This has not gone unnoticed by Jewish academics. An online petition signed by more than 60 Israeli and Jewish scholars argued that conflating BDS with anti-Semitism “is wrong, unacceptable and a threat to Germany’s democratic foundation.”

These professors, many of them well-known and representing renowned academic institutions, may dislike BDS but they are far-sighted enough to see how this could harm not only freedom of expression and German democracy, but also Jews worldwide, who Netanyahu thinks of last.

Finally, Germany might still want to atone for its Nazi past, but that should never be through supporting other crimes. Germany may also need to consider atoning for its close ties with apartheid-era South Africa by at least not supporting another form of apartheid in Palestine.

Hassan Imran is an independent political analyst in international law and middle east affairs, and executive director of One Justice, a Paris-based legal aid organization. 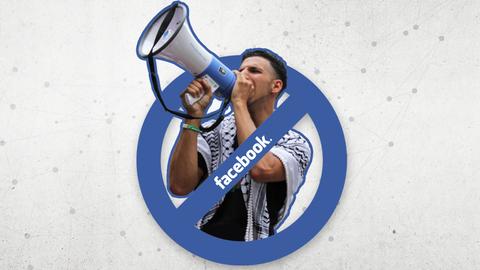