In my small library in London is a gifted copy of An Ordinary Man – an unforgettable memoir by the Hotel Rwanda hero, Paul Rusesabagina.

Signed with a shaky hand, Rusesabagina offered a life-changing, and now worrying, piece of wisdom. “Dear Vava,” he wrote in block letters, with a resigned half smile playing on his lips, “Keep changing the world.”

Paradoxically, it’s exactly his own piece of wisdom, his attempt to change the world, that landed him in Kigali’s central police station in President Paul Kagame’s Rwanda, facing a sham trial on trumped up terrorism charges. This, in my opinion, begs for a very determined and effective response from the British and American authorities who have been unwavering in their public support for the president.

I first met him in 2010 when I invited him to London to lend his voice to our quest for peace, becoming the first world renowned Rwandan to speak up against President Kagame’s killing campaign in my beloved Congo. A dignified man of 67, already old by African standards, he stood out in the small circle of human rights activists working for peace in Africa’s great lakes region.

By then, President Kagame and his henchmen had their suffocating eyes on him.

“Rwanda had no need for ‘manufactured’ heroes “made in Europe or America,” Kagame said in 2005 in reaction to Rusesabagina’s popularity.

Nonetheless, in spite of the ever-present threats to his life, Rusesabagina accepted my invitation. At that time, the Congolese were very alone in their grief and suffering.

Asked by CNN’s Becky Anderson what he was doing in London, with quiet composure, without fear — as if he recognised the futility of standing up to Kagame, Rusesabagina said, “I'm raising awareness for the Congo, trying to save the Congo and save Rwanda and Burundi.”

Over the last 10 years, as his voice grew increasingly louder, transforming from activist to an opponent – something that Kagame and his henchmen could neither fathom nor dissuade or corrupt – he faced increasing threats, often personal, online and in Belgium where he was attacked and his house was broken into.

Yet Rusesabagina refused to give in, defying Kagame and inspiring his victims and goodwilled people worldwide who called him “Rwanda's Schindler", in reference to his selfless actions as the manager of a five-star hotel where he saved 1,268 people during the Tutsi genocide which claimed 800,000 lives.

But why did he dare? This was Kagame, after all, a warlord-turned-life-president whose obsessive-compulsive violence I often struggle to define on paper. International impunity has taught Kagame that he can get away with violence and killings, not only in his own country, but also in my Congo.

Who was he to stand up to Kagame, to have a New York Times bestselling memoir and an Oscar-nominated Hollywood movie based on his life, “Hotel Rwanda”? Who was he to have an interview with Oprah Winfrey and a Presidential Medal of Freedom, the United States’ highest civilian award, before him? Who was he to be loved, applauded, celebrated in and outside Rwanda? Why could he not just bow down to Kagame in return for a government job?

These are essential questions, and the answer is now clear for everyone to see, though those who have studied Rwanda and Africa’s great lakes region knew it long ago. Rusesabagina is a man of immeasurable courage and compassion who dared to imagine another Rwanda, one that was at peace with itself, at peace with my beloved Congo and its other neighbours.

Last August, at the height of the pandemic, his jailors abducted him in Dubai – where the UN says most of the smuggled Congolese gold is sold – in an elaborate ruse Rwanda’s chief Brig. Gen. Joseph Nzabamwita, has called “flawless”.

Human Rights Watch called it illegal, a “forced disappearance,” signalling how far Kagame, who was re-elected with 99 percent of the vote in 2018, is prepared to go to silence Rusesabagina, leading to a chorus of protests, including by members of the US Congress.

Now he’s at the mercy of Kagame, joining hundreds of imprisoned Rwandans convicted on trumped up charges. He has been denied his lawyers. His family says Rusesabagina has also been denied food and medicine.

The US and UK must ask themselves: how many more should Kagame abduct, assassinate, kill or threaten before the US and UK cut him off? Significantly, who would be next, as Kagame is clearly getting rid of political rivals and independent voices, in and outside Rwanda? 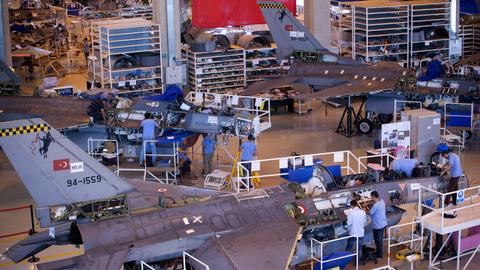