As the southern independence dream and the UAE’s ambitious designs in Yemen continue to be ignored, the peace process which the Stockholm Agreement aims to constitute is unlikely.

The UN-backed Stockholm Agreement provided hope for Yemen. With each passing day, this hope is receding, and the mission is moving away from its promise largely because of the issues that have been ignored in the south of Yemen.

The situation in the country has been described as one of the worst humanitarian crises in the world by the United Nations. The Stockholm Agreement is aimed at ending the hostilities between the Yemeni government and the Houthi rebels while securing a humanitarian corridor through the port of Hodeidah.

Since the decision was announced in December 2018, several attempts to provide humanitarian assistance have been made. As a first phase of the agreement, the rebels were expected to pull out of Hodeidah on February 25, however it has been delayed. The Houthis’ withdrawal is a crucial step for political negotiations to enter the next phase. On the other hand, this development seems to increase the political temperature of the region due to issues in the South of Yemen.

The presence of the Southern Transition Council (STC), a 26-member group which declared an independent South Yemen in 2017 under the leadership of Aden’s former governor Aidarus al Zoubaidi, is a significant part of the story.

Southern forces, backed by the UAE, took a leading role in the battle, however, STC’s exclusion from the Yemen peace talks has created anger among them. Zoubaidi stated that if the UN is not interested in addressing the southern question, the STC will defend their own land.

For the government of President Abdrabbuh Mansur Hadi, the participation of the STC is intolerable as their attendance means the government’s approval of the group’s legitimacy. Besides, the acceptance of STC into the talks may increase the demands of other groups.

The STC’s national assembly meeting held in Hadramout between February 16 and 17 was seen as a huge success by the general secretariat of the STC, Ahmed Hamid Lamlas. The assembly suggested the STC will take all measures to stop the actions of the “corrupt government” which it accuses of disturbing the security, stability and social peace of the south.

The assembly also proposed continuing to open up positive communication channels with the international community, particularly the UN-led peace talks, in order to urge them to respond to the southern right to establish a free independent state. On the other hand, they offered to revive the relationship with Hadi to serve the interests of the southern cause.

These decisions can be seen as a challenge to the negotiation process of the UN. As southern grievances grow every day, they jeopardise the future of other steps in the peace process in Yemen. Even if the decision of redeployment becomes successful, this may pave the way for the well-equipped southern forces to return to Aden and start a new conflict zone against government forces.

While the southern forces are on the ground with support from the UAE, the Emirates will pursue their regional designs. Since the Saudi-led coalition’s operation to liberate Aden from Houthi rebels in 2015, Abu Dhabi has taken control of the southern part of the country. Yemen’s Unesco-protected Socotra island has turned into the UAE’s military base, which created tensions with its so-called ally in the Hadi government coalition.

Due to the UAE’s aggressive policies in the south, the primary purpose of the Saudi-led coalition, to restore the Hadi government and bring peace and stability in Yemen, has already failed. Even though Abu Dhabi is still part of the coalition on paper, it seems to have moved away from the mission as it tries to control strategic parts of the country. In addition to this, Riyadh’s stance and muteness to what Abu Dhabi has done verifies the flawed structure of the coalition. On the other hand, Abu Dhabi portrays itself as a ‘stabilising’ force in Yemen, despite its so-called stabilising policies bringing growing internal divisions among different groups.

Under these conditions, the Yemen peace talks are likely to create a new crisis and conflict rather than bringing peace. By focusing on the Houthi rebels only, the UN seems to turn a blind eye to the southern question.

It’s not an easy task for the UN as it is just at the beginning of the long path. Nevertheless, if the policymakers seek success and pursue further initiatives regarding the peace process in Yemen, they should pay attention to the demands of the STC, and take the southern question into consideration. Time is running out for Yemen as more people suffer each day, and the country is on the verge of the division thanks to separatist movements and the ambitious policies of regional actors. 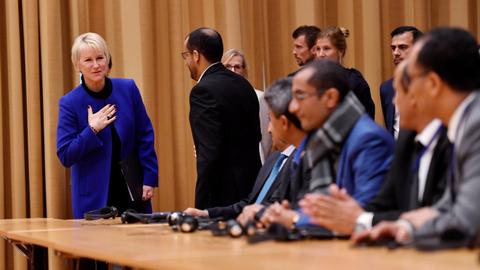 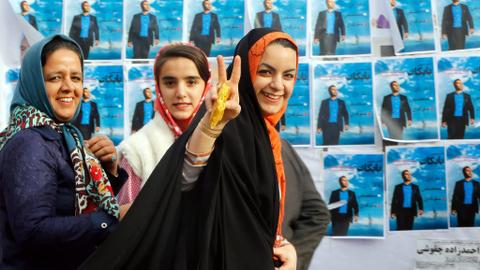 A dip in popularity forces Iranian leaders to readjust rhetoric