What to expect after the death of Justice Ginsburg?

The passing of Ruth Bader Ginsburg has changed the complexion of the election campaign. Expect a fierce fight over any nominee for the court.

With fewer than 45 days before the presidential election, the country’s agenda changed overnight after the death of Ruth Bader Ginsburg, the second female justice and first Jewish member in the history of the US Supreme Court.

Appointed by President Clinton in 1993, she was a pioneer in her profession and well respected globally. Flags were lowered at half-staff, and hundreds of people gathered to mourn outside the Supreme Court as soon as they received the news of her death.

However, even before the funeral, there was already fierce debate about who would take over Ginsburg’s seat.

The Supreme Court consists of nine members, and it is one of the strongest branches of the US government taking decisions that directly affect the lives of the American people. In short, the president proposes candidates for the Supreme Court and the Senate approves them after which the president can formally appoint them to the court.

Unlike many justice systems globally, the member elected to the US Supreme Court can remain in the post until she or he dies. So why is the Supreme Court important for the US President? Justices play a major role in shaping policies on many controversial issues such as religious freedoms, abortion, the death penalty, presidential powers and a host of other constitutional and existential questions about the evolution of a country.

As many may recall in the 2000 presidential race, Democratic candidate Al Gore received a half-million more votes across the country than Republican candidate George W Bush. Still, the two candidates put up a fight before the judiciary over the vote count for weeks, as there was a tie between them in Florida, with the Supreme Court ultimately deciding that Bush won Florida, halting the recount there.

Even though the current Chief Justice was appointed by President Bush, his decisions are generally seen as fair and bipartisan. President Trump appointed two members who were close to him in 2017 and 2018, which resulted in severe opposition.

President Trump stated that Justice Ginsburg’s position should be filled urgently and announced that he will name a female candidate by next week. Many Republicans support Trump in this regard, and Republicans are the majority in the Senate now.

However, at least two or three Republican senators are expected not to support President Trump's nominee, so the senate vote could become very complicated. As we consider the numbers, which are 53 Republicans and 47 Democrats, it seems that Trump and Senate President Mitch McConnell have to make some serious calculations. It does not seem realistic that a candidate will be named before the elections on November 3, since the vetting process can take a long time, at least two months.

President Trump’s opponent, Democratic Presidential Candidate Joe Biden, urged President Trump that the new president should name the new justice member. Everybody knows that the White House has already prepared a list of candidates to fill Ginsburg’s seat, who had been ill for a long time.

We can say that there are currently three Senators and conservative prosecutors or chief justices from different states on the list. Female candidates such as the law professor and judge Amy Coney Barrett or the judge Barbara Lagoa, who is Hispanic, are likely to be nominated.

Concerning the new Supreme Court justice, President Trump might think along these lines: “Is there a guarantee that I will win the elections? No. Then why should I leave such an amazing opportunity for after the election? I can use this now and it will appeal to the entire Republican base in the election.”

In other words, Trump will never miss such an opportunity.

While the debates in the presidential elections have been focused on the pandemic, protests, and the  economy, the appointment of a new member to the Supreme Court has fast become a top priority in the campaign.

In the following days, there will be fierce debate regarding the appointment and who will be fit to fill the seat that can shape the future of the United States for decades to come. 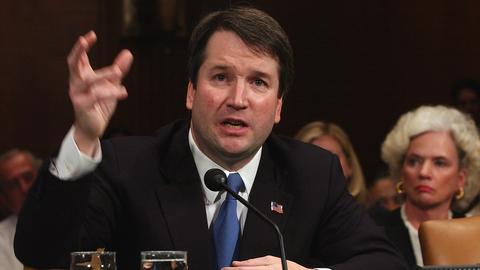 Stalemate in Senate over how to proceed with Trump impeachment trial