Where is Palestinian resistance today?

The Palestinian youth deeply distrust the Palestinian Authority, and this can be linked to why today, most resistance is demonstrated through what are termed as "lone-wolf" attacks and individual acts of protest.

With Israeli forces shooting live ammunition at the hill to our right and our faces covered in black residue from the burning tyres, a friend turns to me and says "what are we doing here?" A young boy, not older than 16, overhears her question and quickly retorts "you're no longer accepting the status quo."

This was at the peak of confrontations with the Israeli army last year.

When Palestinian youth rose up against Israeli aggression in October 2015, many political commentators and analysts eagerly explained the phenomenon as a reflection of profound desperation. No matter the variation in the catalyst, every intifada has been one fuelled by anger and disgruntlement toward Israeli brutality and the complacency of its supporters. The media, however, illustrated the main impetus driving Palestinian youth and resistance as one of despair, inaccurately reiterating the notion that "they have nothing to lose."

This discourse has been destructive for the Palestinian struggle as it completely strips agency from the youth and further decontextualises the multi-layered settler colonial reality. Despite the September-October events, Palestinian resistance today appears stagnant largely due to the continued suppression by Israel and its proxy; the Palestinian Authority.

Who speaks for the youth of Palestine?

The situation as it stands requires a deeper understanding of the Palestinian youth whose efforts continue to be eschewed, or alternatively, monopolised on as a source of power by the Palestinian Authority to further its own political agenda.

It is important to note that 30% of the Palestinian population is young, where 70% is below the age of 30.

More recently, the PA's ruling party Fatah, held its seventh conference where Mahmoud Abbas was unanimously re-elected as the party's leader. The other elected members of the central committee were largely party veterans. The youngest member in the Central Committee is Sabri Sai'dim, 45 years old. Essentially, there was no direct representation of seventy percent of the Palestinian population.

In concurrence to the lack of representation, there has been a sinister venture to engross Palestinians in the struggle of daily survival, inevitably perpetuating the disenchantment of the youth.There is a plethora of factors which have played an explicit and implicit role in the current culmination of events and the plight of the youth.

These factors range from the compartmentalising of resistance into isolated strategies and factionalism within Palestinians, to socio-economic decay due to Fayyadism and Israeli economic asphyxiation.

For instance, during a day of intensified confrontations near Beit El last November, I witnessed a young man asking for 2 NIS ($ 0.50) to catch a bus back home. A young woman observed then cynically fired back "go ask our brothers over there" she mocked pointing at armed PA forces stationed a few blocks away. This scenario exemplifies the internal struggle. With the economic decay and increase in debt and unemployment, we the youth must consider and reconsider our choice to resist actively. This is an overt consequence of Fayyadism.

From struggle to resistance

Prior to the signing of the Oslo Accords, and at the peak of the First Intifada, Palestinian mobilisation revolved largely around communal affinity and structured grassroots mobilisation. At the time, the Palestinian Authority and its police force were not a factor to be accounted for.

The First Intifada was utilised as a source of power for Yasser Arafat and his supporters on the signing of the Oslo Accords and its corollaries. One major concomitant of Oslo was the Gaza-Jericho agreement which in accordance with the Paris Protocol integrated the Palestinian economy into the Israeli one, making the Palestinian market completely codependent. Another and more portentous dimension was the establishment of the Palestinian Civil Police Force which yielded the Palestinian political structure into Israeli entrapment. The sense of revolution became muddled and was stripped from Palestinian dynamics by absorbing it into political diplomacy and pragmatism, while Israel continues its human rights violations.

In the post-Oslo era the discourse in relation to the "Palestinian question" has been altered from the call for complete and absolute decolonization to a hollow debate over one-state or two-state solutions. Transposing the discourse has served the colonial project rather than benefit Palestinians. The Machiavellian encumbrance of liberation by the Palestinian Authority and the infernal subjection of the police force is yet another major factor in the standstill that the youth face today. What this has done in essence is foster a chasm within Palestinians and increased rivalry between political factions that have failed the youth.

When Yitzhak Rabin and Yasser Arafat shook hands on the lawn of the White House in 1993, those of us who were too young to know at the time, today feel the heaviness and betrayal of that handshake.

Unlike the First Intifada, those who wish to mobilise must not only consider Israeli repression but also account for the PA's brutality and the security coordination it conducts with Israeli intelligence. This has hindered any resistance efforts from the youth. The Palestinian Authority is deemed as an obstacle to be fought rather than a part of the population to join hands with. It is like any other despotic regime, serving its personal interests even if it means ruling with an iron fist.

Exasperation with the PA's repression of Palestinian resistance combined with the incompetence of other political factions is what led one activist to note that "it's not the knife in the chest that is killing us, it's the knife in the back." This exposes the state of distrust the Palestinian youth are in, which can be linked to why today, most resistance is demonstrated through what are termed as "lone-wolf" attacks and individual acts of protest.

While Palestinian political factions and members of the PA continue to capitalise on their revolutionary history in combating Zionist colonialism, the reality on the ground today forces us to reconsider the authenticity and sincerity of those that claim to fight in the name of the Palestinian struggle.

The Palestinian resistance movement has shifted from a proactive endeavour as in the time of the First Intifada where it was termed al-nidal, "the struggle", to a more defensive and passive, if not complicit, manifestation termed al-muqawama, "the resistance." This simple shift in terminology summarises the change in the Palestinian mindset. Resistance is related to withstanding, enduring, while struggle is actively attempting to free yourself.

As Israel increases its violent suppression of Palestinians and political factions and the PA forsake the struggle for their own personal agendas, it is time that the youth are given a chance to be heard, and their demands taken into serious consideration.

The youth of today have been taught to endure, to normalize and get used to the status quo. To quote Sheikh Imam; "defeat makes you forget you are free." What is happening, is we are heartily trying to remember that we are free while those around us continue to drown us in defeat. Mariam Barghouti is a Palestinian writer based in Ramallah. She blogs at ramallahbantustan.wordpress.com 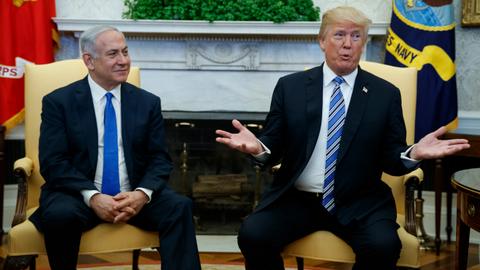