1
As Algerians mark independence, the revolutionary spirit lives on
2
The twin tragedies of Iranian civilian airliners caught in the fog of war
3
Once leaders of the Arab world, Egypt has surrendered that role under Sisi
4
On Taliban bounties in Afghanistan, beware of Russiagate 2.0
5
The West's role in ending Egypt's short-lived democracy

Far-right nationalism has been underestimated for decades and the threat it poses only slowly being recognised.

Earlier this month, the US Department of Homeland Security (DHS) finally recognised white supremacy and the far right as a national security threat.

The official report referred to it as “individuals motivated by a variety of domestic terrorist ideologies, such as racially  and ethnically motivated violent extremism, including [white] supremacist violent extremism.” This comes as a major development within the War on Terror discourse. But as the threat pendulum is in full-swing, many of those involved in this issue are asking: why wasn’t it listed before?

Well, in the aftermath of the 9/11 attacks, states around the globe hastily introduced counterterrorism and counter-extremism measures focusing exclusively on the suspect Muslim communities. This dynamic paved the way for oversight on far right and white supremacist political violence.

But make no mistake, this was an inherent legal-architectural design flaw of the War on Terror. Muslim communities globally had to deal with the brunt of it, enduring decades of unnecessary and disproportional counterterrorism measures undermining their fundamental rights.

Despite clear links to far-right ideology found in the attacks ranging from the mass shooting in Pittsburgh to Christchurch’s two mosque attacks, there is still a sluggish approach to the threat.

Two days before the Christchurch attack, Tarrant posted pictures online of the weapons he went on to kill the Muslim worshippers with, without any detection by intelligence agencies. Those same weapons were used in the attack that killed 51 civilians, and visible in his live stream. The reason for sidestepping has been apparent for nearly two decades: terrorism wasn’t considered a far-right or white supremacist problem.

TRT World Research Centre’s recent investigation into the Christchurch attacks revealed 11 cases of credible evidence of the New Zealand security service's harassment and blackmail of Muslims amid the threat of the far right and white supremacy. The security service overfocused on the Muslim communities, as opposed to monitoring an overarching threat that is required at all times. Also a cursory review of New Zealand’s counterterrorism instruments revealed that a blind eye is turned to other non-Muslim threats of violence, an example of how a country’s hard national security choices may have cost the lives of its own citizens.

Consequently, law enforcement and the secret service in New Zealand operated with an unnecessary and disproportional focus on Muslim communities. This, coupled with the increasing anti-Muslim sentiments, negatively impacted police practice and, generally, institutions in society.

Yousuf Ibrahim told TRT World, “Muslims in New Zealand feel vulnerable because of Islamophobia, even from the justice system. Muslims feel it in the clinics, hospitals, schools, work, public space and all avenues of interaction.”

White supremacy is a transnational threat reaching from Australia to Norway to New Zealand. In Europe, far-right extremist movements continue to rake in popularity and electoral strength — normalising the danger in a bid to embed its ideology and revamp its goals in the political sphere.

There are two overarching reasons for the rise of the threat. Firstly, the strenuous task of changing a drastic economic downturn across Europe has instead polarised populations. Against this backdrop, the far right and white supremacists have exploited the situation for political gain in public. This is galvanised with slogans such as the "Islamisation in Europe,"   "clash of civilisations" narrative and the call for political violence. It is already happening in clandestine sites, such as 8chan. Secondly, anti-immigration sentiments are growing, leading to perceived fears of national identities amid scarce job opportunities.

Western politicians and media structures are not helping either, by acquiescing the vernacular espoused by the far right and white supremacists on front page newspapers. The rationale for such a position lays in the adoption and dissemination of orientalist ideology by power structures in Western countries. The narrative has cascaded down to the masses worldwide via the mobilisation of media bias resulting in the demonisation of targeted communities.

Moving forward, showing support to targeted communities following a far-right or white supremacist attack is not enough. There needs to be a review of how states are going about implementing counterterrorism measures worldwide. Until states take into account and recognise how they may have acquiesced the inception of War on Terror 2.0, organised massacres as seen in Christchurch will only become normalised. Khalil Dewan is a Researcher at TRT World's Research Centre. 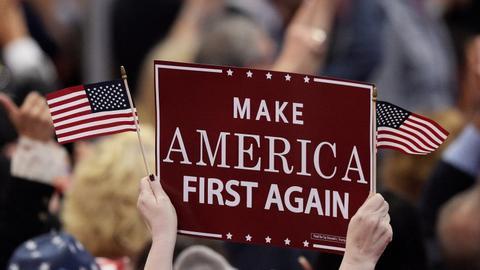 As Algerians mark independence, the revolutionary spirit lives on

1
As Algerians mark independence, the revolutionary spirit lives on
2
The twin tragedies of Iranian civilian airliners caught in the fog of war
3
Once leaders of the Arab world, Egypt has surrendered that role under Sisi
4
On Taliban bounties in Afghanistan, beware of Russiagate 2.0
5
The West's role in ending Egypt's short-lived democracy