Hagia Sophia and the test of time

Is the state of secularism in Turkey entirely predicated upon the exclusion of worshippers from the Hagia Sophia?

The long and short of it: Muslims will now be able to worship in the Hagia Sophia. To bat off the worst of assumptions: no, there will be no icon-smashing spree. Yes, tourists will be able to visit as before (without fee this time; not that money ever mattered). No, the reconversion from museum to mosque is not the end of Secularism, Christianity, Atheism, and added to that the hurrah words invoked to denigrate the reconversion: humanity and pluralism (the use of these latter two domains for added effect being particularly far-fetched). What should end, however, is the apocalypticism that has rendered the event as some sort of knock-down argument now, or an impending downward spiral towards some perilous doom.

Consider the following questions that may help assuage the fatalism at hand: have not Christianity and Islam both survived the Hagia Sophia as Mosque and Museum respectively? Would any waning religiosity and relegation of faith into the private sphere be best explained by the status of Hagia Sophia, wherever in the world such concerns exist, whenever the perpetual dynamic between faith and politics is discussed? Is the issue merely a ‘numbers game’, where people in their droves will now flock in or out of faith, or where the number of mosques, churches, and synagogues, will now become the bottom-line in all decision-making from now on? One may recall the words of the late Archbishop Makarios of Cyprus who, amid the deadly inter-communal tensions on the island, delivered a wise Solomon-like judgement when a Turkish-Cypriot married a Greek-Cypriot: Christ will not become poorer and Muhammed richer if Hassan and Hambou marry. That transcendent wisdom can apply here.

The questions can be extended further. Is the state of secularism in Turkey entirely predicated upon the exclusion of worshipers from the Hagia Sophia? In other words, void of a sizeable portion of its Islamic paraphernalia when converted to a museum in 1935, has the rug now also been pulled from under all secularism in whichever form, for ever more? The Hagia Sophia was for some the epitome of a new secular order after the collapse of the Ottoman Empire. But what observers may fail to consider is the exact nature of the secularism of the time, one which the present-day decision is seen as a corrective by the country’s religious conservatives. Likewise, the corrective at hand does not guarantee some sort of a revanchist attack on all things secular; there is no compulsion in religion as mandated in the Holy Quran, and faith cannot be defined by those who abuse it.

In any case, it can beggar belief that such knock-down arguments are made. But one must still consider the power of symbology, for symbology is the motor of the controversy here that can both illuminate and obscure the perennial and immaterial ideals at play. But to consider Christianity in Turkey solely through the site of Hagia Sophia forgoes all else related to the Christian faith in the country: both the positive (of which there most certainly is), and the negative (of which reminders rightly endure, perpetuated further as they may be in times of geopolitical tension).

At the same time, to view the Hagia Sophia as nothing more than the epitome of a historical imperial Christendom now to be replaced with its Islamic counterpart, egged on by the pejoratives of ‘neo-Ottomanism’, ‘political Islam’, or reduction of any and all developments into the person of the Turkish President (reductio ad Erdoğanum), or the notion of power, is as truncated as it sounds. Eerily, there are comparable imperial sentiments here that cannot entirely explain modern statecraft, cannot acknowledge the diversity of Turkish political ideology and what may unite it, nor account for the full causality of geopolitical developments.

In any case, there is an element of national fervour across the board, one that is not necessarily shared by all, but one that may override temperance. But be it the ‘end of secularism’, the ‘rise of Islam’ - how illuminating  have such sweeping ‘end game’ slogans peddled in their various forms really been in reality, and how helpful will they be now? After the dust of the decision settles, perhaps the latent exaggerations at play will assuage. There, hidden beneath the malaise of today’s fury is the apt consideration that the issue is now in some sense settled.

Opponents of AK Party and/or the reconversion might find solace in the thought that the event may no longer be made the stuff of politics, expressed in the form of ‘political exploitation’. Proponents of the AK Party and/or the reconversion may equally be content that with worship in the Hagia Sophia now secured, worship there is no longer the stuff of politics. Well-established political differences as prevalent in all countries will certainly find other avenues of expression, one hopes to occur in the least polarising of manners.

There have been many expressions of the kind that warn of the antagonistic nature of the age we now live in. Both international geopolitics and domestic political developments constitute the context that events should be examined within. But as expressed by Turkish officials themselves, the Hagia Sophia still remains the common heritage of humanity, non-Muslims and those of no faith are all still welcome, and the aesthetic beauty of the site will remain for all to revere. As a mosque, the Hagia Sophia will now live as a house of God; a positive development if one’s theology or metaphysics allows it. 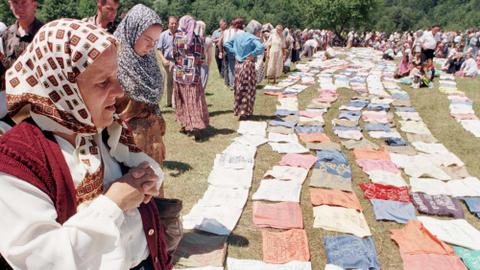 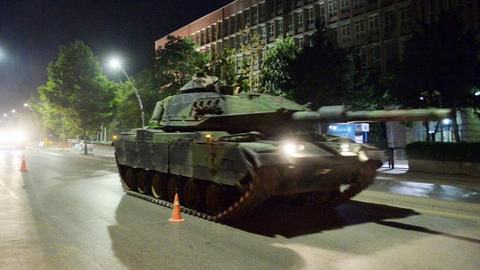 When war came to Turkey’s streets: a first-hand account of the July 15 coup 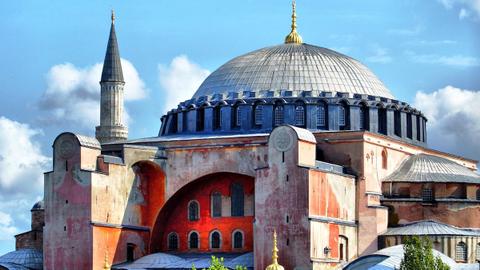 Hagia Sophia and the test of time 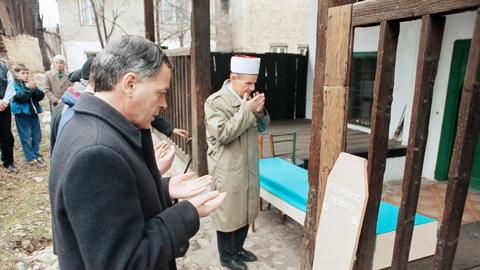