Made of ground orchid roots and milk, salep has been a staple cherished on the streets of Istanbul and in Turkish homes for centuries. Here's what makes it so special.

As a little girl, smitten by the Istanbul Strait, there were few questions occupying my mind when boarding the ferry in the winter months. Well, to be frank, there was one question that truly preoccupied me. The ferry rocking, steam wafting through the air from the tea bubbling away, at the risk of losing my balance, I would decisively make my way towards the food kiosk and ask with anticipation, “Abi, salep var mi?” (Are you serving salep, yet?)

If throwing pieces of “simit” from the top deck of the ferry to competing seagulls eagerly chasing their favourite snack in the wind was a joy of the summer, drinking warm salep indoors while watching the misty, wet, perhaps even snowy weather clouding the Istanbul Strait from a cosy window was a delectable joy of the winter.

Not so surprisingly, as is so often the case in Istanbul, where history is defined by centuries and in some cases even millennia rather than mere generations, the history of this hot, sweetened, milky Ottoman drink made of ground orchid roots cultivated on Anatolian soil dates as far back as ancient Roman times, when it was referred to as “satyrion” and “priapiscus.”

“Rahat-i can… sihhatu’l-ebdan… talim-i nefayis…” Though this might sound like a spell from a bygone age, such a notion would not be far from the truth. Literally meaning, “Comfort to the soul, health to the body, delicious experience,” if one were to be walking through Eminonu centuries ago, Ottoman wooden mansions lining both sides of the narrow, cobbled streets, the sound of a man melodically crying this poetic rhyme whilst selling salep would be a common occurrence.

In fact, as Priscilla Mary Isin notes in her book, Bountiful Empire: A History of Ottoman Cuisine, nearly two centuries ago, Friedrich Unger, chief confectionary to Otto of Greece, described the sight of these salep vendors with intimate precision in 1838: “These appear early at dawn, as the lower classes often enjoy this drink for breakfast, and they carry a tin pitcher with a double bottom containing hot coals in order to keep the saleb warm. Around the waist, they wear a wide leather belt, to which a narrow, crescent-shaped wooden container is attached, in which they stand their cups and a can of ground ginger.”

Street vendors were a big part of Ottoman culture. In fact, historical records indicate that Ottoman sultans would periodically ride out in the city in disguise and in the company of a courtier to buy from them and to make sure justice was present in the marketplace. In fact, court records show that those who were found to be overpricing their goods, making their food without the required amounts of filling, selling their goods underweight or conducting any other possible transgressions would be held duly accountable.

Famous Ottoman courtier and traveller and author of a ten-volume Book of Travels (Seyahatname), Evliya Celebi’s accounts make clear how popular salep was in 1638, with there being 200 itinerant salep sellers in Istanbul alone. However, its popularity extended far beyond Ottoman borders, with export records showing large quantities consistently making their way to Europe. In fact, as Isin writes, Captain James Cook stocked his ship with 18kg (40lb) of salep powder before setting sail on his Pacific voyage in 1768, though he was under the wrong impression that it was good in treating scurvy. Referred to as “saloop” or “salup” by the English, salep was sold on the streets of London throughout the 17th and 18th centuries before falling out of favour following the arrival of coffee in the 19th century.

Salep was sought after as much for its comforting taste as it was for its many health benefits. The 11th-century Islamic philosopher, mystic and physician Ibn Sina, known in the West as Avicenna, dedicates a section of his book al-Qanun fi al-tıbb (The Canon of Medicine) — the very book that would become the main text studied in all medical schools in medieval Europe all the way up to the Renaissance —  to this drink, noting its health benefits as an aphrodisiac, an immunity and appetite booster, a stimulant, and even an effective agent in recovering from heart disease.

Interestingly enough, in 1931, it was even a governmental requirement that schools in Türkiye serve 2 grammes of salep to all middle and high school students to ensure their health and well-being. Up until the 1970s, salep would continue to be sold on the shelves of pharmacies.

Salep is also used within dishes, including savoury ones, and even outside of the kitchen. To this day, it persists as the main ingredient in kaymak ice cream, giving it its distinct consistency, prolonged congelation and creamy flavour. Interestingly enough, a dove stew recipe found from the 16th century mentions the inclusion of salep — not only as a flavour enhancer, but also as a thickener. Beyond the kitchen, it has long been used in the paper marbling (ebru sanati) process. Despite being costly, the greatest masters of this art form continue to use it as a thickener that allows them to realize their finest works.

Salep was not just a street beverage, however; it was frequently prepared for guests in homes as well. In the evenings, if one received visitors on short notice, light refreshments called “yatsilik” would be served, including fresh or dried fruits and nuts, along with salep or boza, another winter drink, this time made of sweet millet.

Unsurprisingly, it would also serve as the inspiration for ornately designed porcelain, silver and copper mugs — called “saleplik” — to please the eyes of Ottoman Turks as much as their palates. The remarkably fine detail is observable in each saleplik piece, whether it be in the brushstrokes shaping flowers on the porcelain cups or the hand-etched engravings on the metal ones.

Though expensive, “hakiki salep” (original salep), much like saffron, is only needed in small quantities in the making of the Ottoman delicacy. It can be found in an “aktar” (herb store) or in any number of stores in the spice bazaar – one need only emphasize that one is seeking hakiki salep.

Do not be misled or disillusioned by the many ready-made salep mixes available on the market. Artificially flavoured, containing no amount of original orchid root and coupled with corn starch and sugar to afford the consistency original salep provides naturally, these quick mixes offer no possibility for an authentic experience and don’t come close to salep’s true flavour.

Indeed, though no longer accompanied by the poetic and melodic cries of salep sellers serenading a bygone public, itinerant sellers still cry their wares in Istanbul’s bustling streets and salep continues to be a cherished winter staple throughout Türkiye. As far as its preparation goes, today’s recipes remain mostly loyal to their predecessors: the roots of salep are ground into a flour-like consistency and cooked with milk, though mostly sweetened with sugar alone and sprinkled with ground cinnamon, without the inclusion of grape molasses, honey, rose water, or ground ginger, as used to be the case in previous centuries.

Whether seated at a cafe or sailing across the Istanbul Strait on a ferry as you enjoy the charm of the city’s moody silhouette, you can savour salep during the winter season, usually starting in late October and ending by March — or you can, of course, source some hakiki salep  (and perhaps an ornately painted or engraved saleplik cup from one of the antique markets) and relish it in the comfort of your own home year round.

Thoroughly mix the cold milk, the ground salep and the sugar in a saucepan. Then, put on medium-low heat and mix continuously until it comes to a boil and the consistency likens that of runny pudding. Serve in cups and sprinkle with ground cinnamon or ginger — or both. Sugar can be substituted with honey or molasses and if desired, rose water can be included. 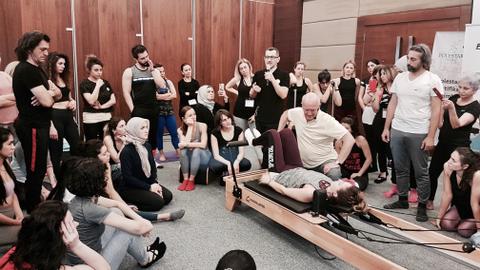