The Trump phenomenon is a reality liberal Americans should accept

Regardless of the final results, the 2020 US election should be a wakeup call for American liberals and progressives. A Biden victory means that it’s unlikely to be.

Back in November 2016, the US and the world were stunned when Donald J. Trump, a glorified slumlord and reality TV celebrity with a penchant for debauchery, ascended to the most powerful office in the world by defeating Hillary Clinton, a former Secretary of State and scion of the American liberal establishment.

From the earliest days of the Trump presidency, many liberals and, dare I say, progressive voices in the United States, framed the former reality star’s victory as an anomaly, an aberration, and not a real reflection of America.

This, of course, depends on acquiescence to a particular narrative of American history, one that not only sees the United States as the ‘city on a hill’, but as a beacon of hope to the world, providing an exemplar of democracy where America plays an almost messianic role in a self-appointed mission to redeem the unenlightened masses living in far-flung four corners of the world.

This is not a view held by liberals alone of course, but one that colours America’s self-confident exceptionalism across the political spectrum. However, whereas Republicans uncomfortable with Donald Trump’s antics saw an opportunity to advance an agenda whose price was having to bear the sharper and often unrefined edges of the President, Democrats - and liberals more broadly - seem to have buried their heads in the sand in the hopes that Donald Trump and his “deplorable” followers would simply disappear.

Fast forward four years, after numerous scandals, politically and morally questionable behaviour, innumerable lies, and a pandemic that has killed 250,000 Americans, electoral support for a President with some of lowest approval ratings in history remains solid, to the shock of many in the US and beyond.

Unease with the status-quo

A lot can be said of the 2020 US election, arguably the most contentious in American history. However, one thing that cannot be said is that it was a repudiation of the Trump legacy, regardless of the final outcome.

Despite the judgement of a majority of Americans that the President botched the country’s Covid-19 response, and regardless of their opinions of Donald Trump’s moral qualities as an individual or even as a President, many Americans seem to have been prepared to vote against what they see as the status quo.

The rage against the established ways of doing business is a phenomenon that has been witnessed in many representative democracies throughout the West, in particular where - rightly or wrongly - there has been a tremendous growth of anxiety around economic and social issues and what amounts to a loss of meaning, symptomatic of what Charles Taylor has called ‘the malaise of modernity’.

The fact that these feelings are so deeply visceral means that they are subject to various and sometimes wildly divergent expressions and manifestations and ultimately vulnerable to manipulation.

The fact that Trump hit the mark with the majority of Florida voters, who also approved a minimum wage increase to $15/hour and that Fox News exit polls showed a majority of voters favouring a number of ostensibly progressive policies from a government-run healthcare plan, to stricter gun control and a pathway to citizenship for illegal immigrants, is indicative of the fact that the traditional conservative-liberal dichotomy is waning, if it is indeed still in play.

Furthermore, Donald Trump’s racist dog whistle politics seem to have been brushed over by a sizeable number of Black and Latino voters who appear to have voted for Trump in significantly larger proportions than in 2016, a potential that, although discussed in the lead up to the election, is nonetheless surprising.

There are of course a multitude of factors at play here, however, there appears to be a trend towards a growth in individual policy preferences that, when contextualised holistically, do not necessarily align voters with one party over another, a point that has been exacerbated by the rigidity of a two-party system that increasingly seems to be out of touch with the new reality of American politics.

Burying their heads in the sand

This trend has been repeatedly ignored by the Democratic party. In 2016 and 2020, there was a very deliberate effort to present Hillary Clinton and then Joe Biden as centrist candidates with the most appeal to both minorities and the average white American voter. Regardless of the final results of the 2020 election, this assumption has proven to be abjectly false.

Trump has lied, cheated and manipulated his way through his four years as president. His behaviour has been deplorable, a fact that has been acknowledged even by some of those who support him.

However, the fact that Donald Trump appears to have improved his relative standing with women, African Americans and Latinos in comparison to 2016, speaks volumes of the extent to which American liberals have deluded themselves.

Despite four years of media rhetoric, from CNN, MSNBC and the New York Times, that Trump’s 2016 victory was somehow a fluke, the 2020 election has indicated otherwise. Aside from hardcore Trumpists, the unfolding of the election has made it abundantly clear that the fundamental issues that have stimulated support for Donald Trump, and arguably for Bernie Sanders as well, are not going away.

The increasing likelihood of a Biden victory is, perhaps counter-intuitively, set to exacerbate this phenomenon by facilitating the delusions of American liberals that the Trump phenomenon was somehow an un-American aberration.

According to one commentator writing back in September on the applicability of Oscar Wilde’s novel ‘The Picture of Dorian Gray’ as a parable for American politics today:

“If, however, Trump is defeated, struck down by the American electorate - proverbially stabbed in the heart - will America see its own ugly, distorted and disfigured corpse, recognisable only by the Constitutional ring on its finger? Or will it, once again, avert its gaze and turn to the pretty picture of the American Dream, now restored by Joe Biden, and once again be infatuated with its image of unblemished youthful beauty and vitality while the ugliness and corruption that are its lifeblood are denied, justified or simply ignored.”

Regardless of the final outcome, American liberals will likely go on burying their heads in the sand, believing that Donald Trump was a mere anomaly, rather than a reflection of a real phenomenon that is based on real issues that are not going to disappear any time soon. 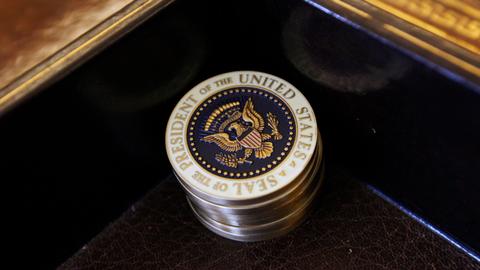 To save democracy, should the US abolish the presidency? 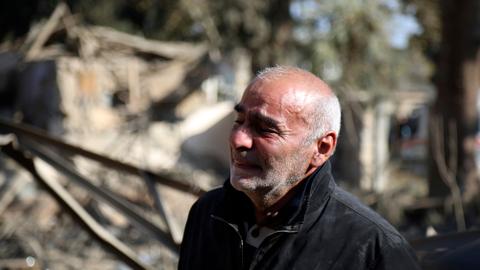 Infected with Covid-19, can Trump beat the virus and Biden?

Fonko: A film on changing Africa