The controversial chief of Formula One motor racing, Bernie Ecclestone ruled the sport for four decades.

Bernie Ecclestone has been removed from his position as CEO after nearly 40 years in charge of Formula One.

Ecclestone's departure ends one of the longest, most colourful and controversial reigns in global sport. It came after US-based Liberty Media became the new owner of Formula One on Monday.

They handed Ecclestone the title of "Chairman Emeritus." He was replaced by Chase Carey, a 62-year-old American who was appointed Formula One chairman in September when Liberty took over the sport's commercial rights from CVC Capital Partners.

A long and controversial career

Ecclestone, 86 started his career as a driver, then a manager. In 1972 he bought the Brabham racing team that won two world titles in the early 1980s.

As a team owner he became a member of the Formula One Constructors Association. He started taking control of what was then a niche sport and transformed it into today's $1 billion enterprise with races from Azerbaijan to Australia, Brazil to Bahrain.

However his career has not been without controversy.

In 2014, Ecclestone was tried for bribery in Germany, although the case was dropped after a $100 million payout. 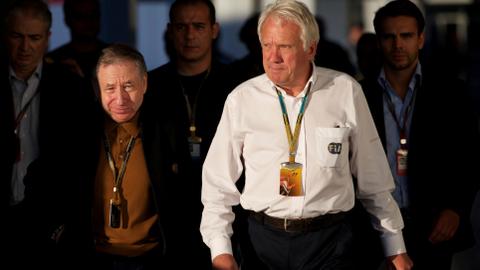 Raikkonen to join Sauber from Ferrari, Leclerc goes the other way