Chelsea says it has been a "very difficult decision" to part ways with the 42-year-old, who replaced Maurizio Sarri in July 2019.

Chelsea have sacked manager Frank Lampard after a run of five defeats in eight league games left the London side ninth in the Premier League standings, the club said.

Lampard, who led Chelsea to a top-four finish and the FA Cup final in his debut 2019-20 campaign in charge, did not get the best out of his squad this season despite the club spending more than $301 million (220 million pounds) on new recruits.

He departs less than 24 hours after Chelsea beat Luton Town 3-1 on Sunday to reach the FA Cup fifth round.

"We are grateful to Frank for what he has achieved in his time as head coach of the club," Chelsea said in a statement.

"However, recent results and performances have not met the club’s expectations, leaving the club mid-table without any clear path to sustained improvement."

"This was a very difficult decision for the Club, not least because I have an excellent personal relationship with Frank and I have the utmost respect for him," Chelsea owner Roman Abramovich said.

"He is a man of great integrity and has the highest of work ethics. However, under current circumstances we believe it is best to change managers."

"Reports that Frank Lampard will be sacked by Chelsea today," former England international Gary Lineker said on Twitter shortly before the announcement. "Utterly ludicrous after his first bad run.

"It was always going to need time given so many new signings feeling their way into a new club. Patience being a virtue is seldom recognised in this sport. They never learn."

Reports that Frank Lampard will be sacked by @ChelseaFC today. Utterly ludicrous after his first bad run. It was always going to need time given so many new signings feeling their way into a new club. Patience being a virtue is seldom recognised in this sport. They never learn.

Mason Mount made more appearances under Frank Lampard than any other player (80). In his last game, he made him the youngest captain since John Terry.

Points-per-game was only 1.67, which is the lowest in the Abramovich era

Lampard, a former midfielder who won three Premier League titles and the Champions League and is the club's record scorer, becomes the 12th Chelsea manager to be fired since Russian billionaire Roman Abramovich bought the club in 2003.

The 42-year-old was hired in 2019 following a stint with Championship (second-tier) club Derby County and won praise last season after inheriting a squad that could not be strengthened due to a FIFA-enforced transfer ban which was eventually lifted.

While most clubs restricted their spending due to the financial impact of the Covid-19 pandemic, Chelsea spent more than any other English club to sign players such as Kai Havertz, Timo Werner, Ben Chilwell, Hakim Ziyech and Edouard Mendy.

A 17-match unbeaten run in all competitions appeared to reinforce Lampard's credentials as they qualified for the Champions League knockout stages as group winners, while sitting third in the league.

Lampard's points-per-game average of 1.67 is the fourth-lowest of any permanent Chelsea manager in the Premier League.

Chelsea's form began to implode midway through December and they have plummeted down the standings after two wins in their last eight league games, underlined by Tuesday's 2-0 defeat by Leicester City.

PSG manager in line to take over

Tuchel only became available a month ago when he left PSG, less than five months after taking them to the Champions League final, which they lost to Bayern Munich.

The 47-year-old German won back-to-back league titles with PSG, but that was not enough to satisfy the club's Qatari owners, who replaced him with former Tottenham manager Mauricio Pochettino.

Prior to PSG, Tuchel impressed at Borussia Dortmund, having started his managerial career with Augsburg and then Mainz.

Lampard is Chelsea's record goalscorer and won three Premier League titles during his glittering playing career at Stamford Bridge, as well as the Champions and Europa Leagues and other domestic honours.

His first managerial posting was at Championship club Derby. In his one season in charge, they reached the Championship play-off final, where they lost to Aston Villa.

Chelsea, who are ninth in the standings on 29 points from 19 games, 11 points behind leaders Manchester United, host Wolverhampton Wanderers on Wednesday. 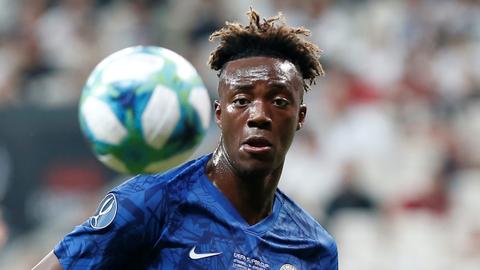 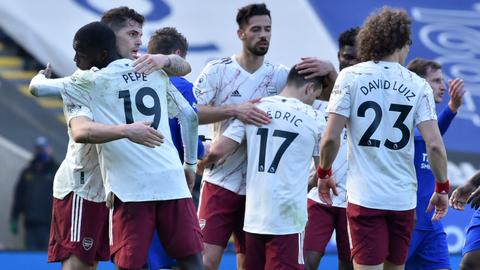