"Life may be going on for us, but there is a fire at homes of 11 Turkish fallen soldiers," says Bafetimbi Gomis of Galatasaray, a Turkish football club.

On his social media account, Gomis shared a picture that included names of 11 fallen Turkish soldiers from Saturday's incident in Afrin.

“Life may be going on for us, but there is a fire at homes of 11 martyrs,” he wrote in Turkish on his official Instagram account.

He prayed for God's mercy on the Turkish soldiers, adding he was really sorry.

On Saturday, YPG/PKK terror group launched an attack with rockets on Turkish soldiers, nine of whom were killed while a Turkish helicopter, which was sent to respond to the attack crashed, resulting in the death of two pilots.

The military also said only terror targets are being destroyed and the "utmost care" is being taken to avoid harming civilians. 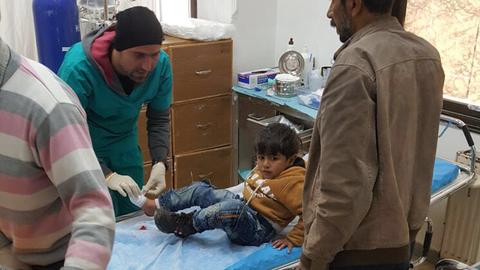