Kobe's retirement leaves gaping hole for his fans in China

While Kobe Bryant will be sorely missed by Los Angeles Lakers fans after he ended his stellar 20-year career in the NBA, his departure will leave a gaping hole for his legions of supporters in China.

According to the Chinese Basketball Association (CBA), 300 million people play the sport in China and for a majority of them, five-time NBA champion Bryant has become something of a cult figure.

For Zhang Weiping, a former basketball player and coach in China who now works as a television analyst, Bryant's extraordinary popularity in his homeland comes as no surprise.

"Lots of people around the world love Kobe and some people hate him but in China most of the people, the fans, love him," Weiping, 65, told Reuters after watching the 37-year-old Bryant play his final NBA game, against the Utah Jazz in Los Angeles.

"They love him because of his character, his personality, his basketball skill and also because no matter how difficult things were, he always met the challenge.

"Michael Jordan is top in China for the older generation but for the younger generation Kobe is number one. They love Kobe much more than LeBron [James] in China."

Weiping, who was the second-highest scorer at the 1978 FIBA World Championship as a slashing-dunking forward on the Chinese national team, also pointed to Bryant's excellent marketing skills.

"He has learned a few words in Mandarin but it's much more than that, he uses social media networking very well," said Weiping, who has worked as a basketball commentator for China Central Television for more then two decades.

"And even before social media, he was very popular in China because of TV. We broadcast a lot of Lakers games and also Nike promoted him so that helped make him the most popular NBA player in China."

Bryant, an 18-time All-Star who scored a season-high 60 points in his final NBA game against the Jazz on Tuesday, has held several training camps in China and also embarked on "fan engagement" tours.

He signed a deal with online shopping giant Alibaba to sell his merchandise in China and when he announced last November his decision to retire from the NBA, he shared that post with his 4 million followers on the Chinese social media platform Weibo.

Tencent says it was the company's most-viewed game of all time with 38.9 million video streams and 11 million live viewers. On Chinese social media, the #ThankYouKobe and #Kobe hashtags generated 370 million impressions.

With Bryant finally ending a storied career that included scoring titles, the third-most points in NBA history and a league MVP award in 2008, Weiping will remember most the shooting guard's mental strength and 'never-quit' attitude.

"As a player, you always want to meet the challenge, you want to beat everybody and sometimes you have difficult times but Kobe never gave up, even through injuries," Weiping said.

"Kobe also said when he was young that he wanted to be one of the greatest players in the world and win several NBA championships. But when he got older, he said he started to understand that there is no destination, it's a journey.

"And it's a journey which continues from one generation to another so, as a retired player, he wants to pass on his lessons to the next generation, not just on basketball but life lessons. That is what has impressed me most about Kobe." 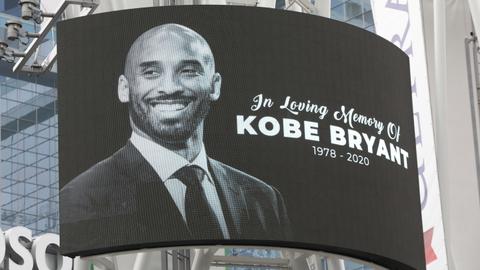 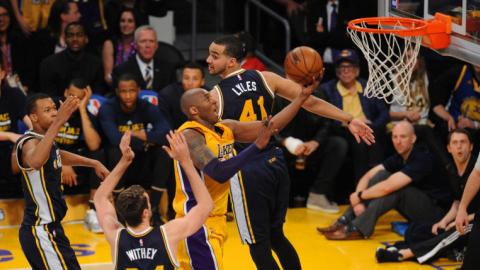