‘I would have been killed,' Erdogan says

Turkish President Recep Tayyip Erdogan says he would have been killed if he had not escaped before coup soldiers raided his hotel.

Turkish President Recep Tayyip Erdogan has said he might have been killed had he not left the hotel he was staying at in western Turkey before soldiers attempting a military coup turned up on Friday night.

Two of the Turkish president's bodyguards were killed in a shootout with soldiers shortly after he escaped the resort in the coastal city of Marmaris where he was on holiday with his family.

Erdogan managed to escape, landing at Istanbul International Airport not long after thousands of anti-coup demonstrators seized it from coup soldiers who had taken control of it.

Before leaving the resort, Erdogan was able to connect to CNN Turk's live broadcast via FaceTime and call the Turkish people to the streets to demonstrate against the coup.

His message proved pivotal as millions across the country came out to force the renegade soldiers who had occupied strategic points in major cities with tanks and armoured vehicles to surrender.

Although fighter jets hijacked by the renegade soldiers had his plane in sight on its journey to Istanbul, they did not shoot it down.

In the interview, Erdogan also reiterated his demand to the US for the extradition of Fethullah Gulen, a US-based Turkish cleric who he accuses of being behind the coup attempt, adding that an official request will be filed this week. The US previously said it would only consider the demand on the condition that sufficient evidence is provided.

"We have a mutual agreement of extradition of criminals," Erdogan said.

"So now you ask someone to be extradited, you're my strategic partner I do obey, I do abide by that, but you don't do the same thing -- well, of course, there should be reciprocity in the types of things."

Gulen, who fled to the US with a fake diplomatic passport in 1999, has been living in self-imposed exile in Pennsylvania ever since. He leads a vast and far-reaching movement consisting of senior members in various Turkish state institutions, including the military, police and judiciary.

The movement, branded FETO, was officially placed on Turkey's terror list earlier this year based on allegations that it seeks to overthrow the democratically elected government.

However, Gulen has denied responsibility for the coup and has in turn accused Erdogan of staging the crisis as an excuse to purge his supporters from state institutions.

Since the failed coup attempt, at least 6,000 people have been arrested in the country over suspicions that they belong to the movement, including judges, prosecutors, police officers and senior military staff

There have been increasing calls in Turkey for the re-introduction of the death penalty for those who commit treason, which Erdogan said he will consider despite criticism from the EU.

"The people have the opinion that these terrorists should be killed," he told CNN. "Why should I keep them and feed them in prisons for years to come, that's what the people say."

"But of course it will take a parliamentary decision for that to take action in the form of a constitutional measure so leaders will have to get together and discuss it and if they accept to discuss it then I as president will approve any decision that comes out of the parliament," he added. 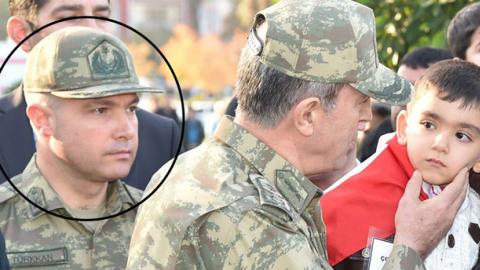 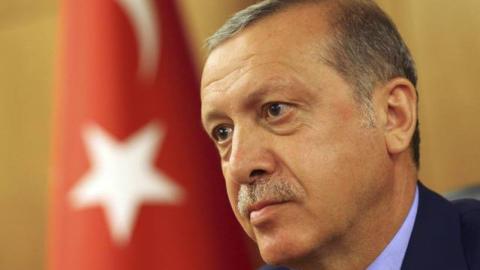