Disaster and Emergency Management Authority teams have been mobilised from surrounding provinces, as well as Ankara, to the area for rescue operations.

The death toll from flooding triggered by heavy rain in Turkey's Black Sea province of Giresun rose to five, the country's president has said.

"According to initial reports, there were five loss of lives and the number of the injured was as many as 12 due to the heavy floods," Recep Tayyip Erdogan said on Sunday.

Rescue operations are under way, he said, with nearly 150 saved from the deluge so far.

Erdogan also offered condolences to families of those who lost their lives in floods.

Those who lost their lives included a gendarmerie officer.

Interior Minister Suleyman Soylu said on Sunday, the morning after the flooding, that Disaster and Emergency Management Authority (AFAD) teams have been mobilised from surrounding provinces, as well as Ankara, to the area.

A total of 944 personnel had been deployed in the rescue efforts, he added.

"Until now, our teams have rescued 133 people. Our search and rescue efforts are currently underway for 11 citizens."

Soylu, who arrived at the scene, said 118 village roads remained closed, with 20 having been reopened so far. He added that power had been restored to a total of 40 residential areas out of 78 where there had been outages due to the floods.

Erdogan is also receiving information about the latest developments in the region and the status of search and rescue operation from Soylu and Agriculture and Forestry Minister Bekir Pakdemirli.

The president ordered the state to be mobilised with all possible and necessary steps to deal with the aftermath of the disaster.

Referring to information received from the state meteorology authority, Environment and Urbanization Minister Murat Kurum warned that 50 to 100 kilograms  of rainfall is expected in the Canakci, Gorele and Dogankent districts Sunday.

The Defence Ministry also announced that an A400M aircraft has been assigned to deliver equipment to the region.

It departed earlier on Sunday from Ankara carrying Gendarmerie and AFAD teams, who will assist with search and rescue operations.

Giresun's Governor Enver Unlu said about a number of stranded people who've not been identified and several others had been rescued.

These included some at a wedding hall and on a highway.

He said efforts to get to those who are stranded continued on Sunday and crews are working on opening access to roads for rescue vehicles with heavy equipment to enter.

Floods caused vehicles to drift and buildings were also badly damaged. The floodwaters demolished 17 buildings and slightly damaged 361, said Environment and Urbanization Minister Murat Kurum in a press briefing at the scene.

Soylu said, "Not a single shop is left standing in this area. We will stand by our citizens and do everything to heal their wounds and rebuild." 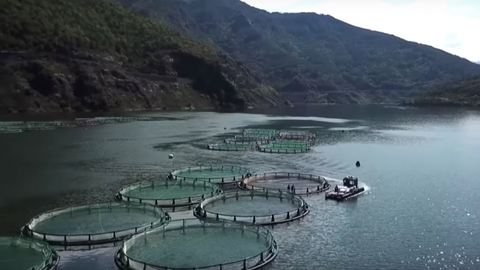