Opposition leader Kemal Kilicdaroglu and CHP members and supporters started their march from Ankara to Istanbul on June 15 in protest at the jailing of a CHP deputy on spying charges.

The leader of Turkey's opposition Republican People's Party (CHP) has called on supporters to remain calm if faced with provocations as their protest march enters its 14th day on Wednesday.

Berberoglu was convicted of revealing state secrets by providing images and videos to the Cumhuriyet newspaper concerning the search of National Intelligence Organisation (MIT) trucks en route to Syria in January 2014.

"We walk for them. We walk for justice. We walk together. Nobody needs to be disturbed," Kilicdaroglu said as the march passed through northwestern Bolu province on Tuesday.

He said the CHP had provided guidelines to marchers and their supporters on how to conduct themselves during the protest.

"We will give it to everyone taking part [in the march]. We said 'Do not attack or use strong language against those who criticise us for any reason. Just applaud them and whatever they say'."

The protesters hope to complete the 450 kilometre (280 mile) march from the capital to Maltepe prison in Istanbul, where Berberoglu is being held, in 24 days. 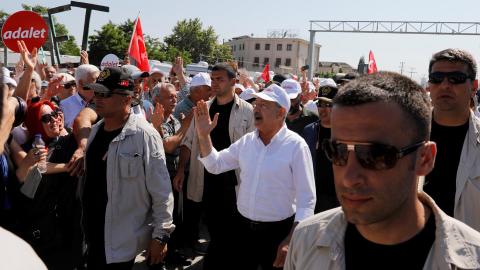 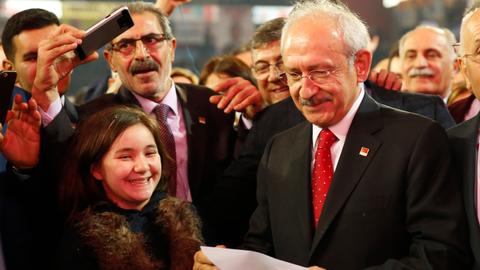