Muslims will hold tarawih prayers at the Hagia Sophia Grand Mosque in Istanbul for the first time since it was converted into a museum in 1934.

The first tarawih prayer, a special Ramadan evening prayer, will be performed at the Hagia Sophia Grand Mosque after more than eight decades.

The first tarawih prayer will be performed on Friday, April 1, in the mosque, which was opened for worship on July 24, 2020.

A series of events will also be held at the mosque in honour of Ramadan.

Sermons will be given by muftis, Muslim legal experts, before the noon prayer throughout the Muslim holy month.

READ MORE: Ramadan 2022: Why it's important to Muslims

For two years since the pandemic began, mosques had been closed to worship for tarawih prayers as part of Covid-19 preventive measures.

Hagia Sophia was constructed in the year 532 CE. It was turned into a mosque in 1453 after the conquest of Istanbul.

The historic place of worship was converted into a museum in 1934, and it regained mosque status in 2020.

Besides being a mosque, Hagia Sophia is also among Türkiye's top tourism destinations and remains open for domestic and foreign visitors. 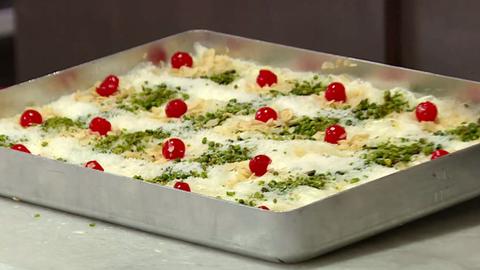 Gullac: a delicacy that marks Ramadan in Istanbul