Anadolu Agency says James Le Mesurier's body was found near his home in the Turkish city's Beyoglu district by worshippers on their way to a mosque to pray.

The British founder of an organisation that trained the Syrian "White Helmets" emergency response group has died in Istanbul, his office said on Monday.

Anadolu Agency said James Le Mesurier's body was found early Monday near his home in Istanbul's Beyoglu district by worshippers on their way to a mosque to pray.

An investigation has been launched into his death, Anadolu Agency said.

The report added that police had established that no one had entered or left his home at the time of his death and that they believe he may have fallen to his death.

Local media reports said his body was found with fractures to his legs and head at the foot of his apartment early on Monday.

Another security source told Reuters it was believed that Le Mesurier had fallen from the balcony of his home office and his death was being treated as a suspected suicide.

The security source said Le Mesurier's wife told police that she and her husband had taken sleeping pills around 0100 GMT (4 am local time) and went to bed. She said she was later woken by knocking on the door and discovered that her husband was lying on the street surrounded by police, the source added.

Le Mesurier described himself on his Twitter account as the founder and CEO of the May Day Rescue, which founded and trained the "White Helmets" also known as the Syria Civil Defense.

Le Mesurier told Al Jazeera in 2015 that he had begun training and supporting the organisation in early 2013 alongside Turkish rescue experts, starting with "a single team of 20 people".

"I was working in Istanbul... and got together with a group of Turkish earthquake rescue volunteers," he said.

The White Helmets quickly expanded, and are credited with saving tens of thousands of lives in opposition-held areas during years of bombing by the Syrian regime and Russian forces in the country's civil war.

A former British army officer, Le Mesurier was awarded a knighthood by Queen Elizabeth in 2016 for services to Syria Civil Defence and the protection of civilians in Syria.

A documentary about the group won an Academy Award in 2017.

Mayday Rescue is a not-for-profit organisation with offices in Amsterdam and Istanbul whose projects have been funded by the United Nations and various governments. 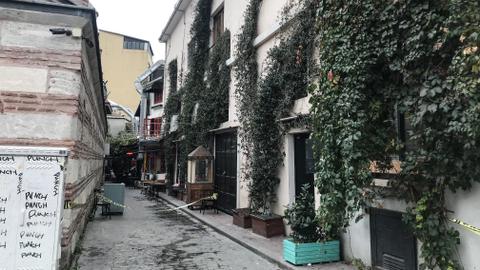 Body of White Helmets’ founder to be flown to London