Türkiye is determined to further deepen its bilateral relations with Malaysia, the Turkish president has said.

"We advanced our bilateral relations from the level of a strategic partnership to the comprehensive strategic partnership," Recep Tayyip Erdogan said on Thursday at a joint news conference with Malaysian Prime Minister Ismail Sabri Bin Yaakob following their meeting in the capital Ankara.

In the meeting, Erdogan said, "we comprehensively discussed our relations in various fields such as economy, investments, and trade, as well as the defence industry, technology, health, education, and communication.

Malaysia is Türkiye's largest trade partner in the ASEAN region, he said, adding despite the pandemic, the trade volume between the two countries in 2021 increased by 50 percent and exceeded the level of $3.5 billion.

The two countries agreed to increase their cooperation in the face of today's challenges such as food security, energy, environment and climate change.

The Turkish president said that global issues were also discussed in the meeting.

"We also discussed issues, including Rohingya crisis and Islamophobia, which are closely related to the Islamic world," he added.

The duo also expressed their determination to increasingly continue their solidarity on international forums, including the UN, Islamic Cooperation Organization, and D8, he added.

A total of seven agreements were signed between the two countries in the fields of defence industry, technology, health, health tourism and communication.

“We plan to carry out joint studies on the launch of our domestic vaccine TURKOVAC in Malaysia, vaccine technology transfer and joint development of vaccines," Erdogan said.

For his part, Bin Yaakob said Malaysia and Türkiye are in the final stage of expanding the scope of their free trade agreement.

Bin Yaakob arrived in Türkiye on Tuesday and spent the day in Istanbul where he met the Malaysian community and Turkish businesspeople, and inspected the Istanbul Sabiha Gokcen Airport which is owned and managed by Malaysia Airports Holdings Bhd.

It is Bin Yaakob's first visit to Türkiye as chief executive of the Southeast Asian nation. 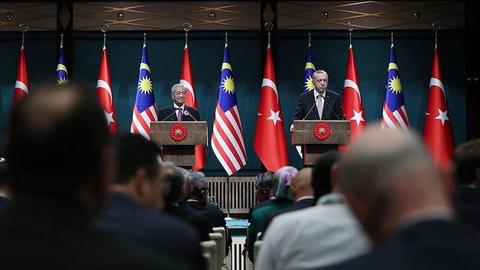 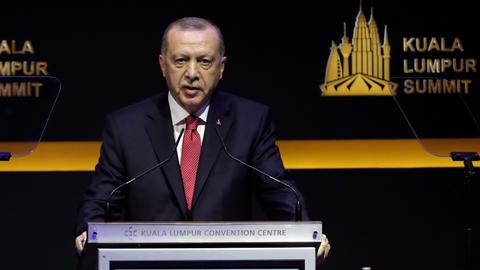 'Fate of world's Muslims not in hands of five countries'