Turkish Foreign Ministry says permitting the anti-Islam act of Rasmus Paludan under the guise of "freedom of expression" is completely unacceptable.

Türkiye has strongly condemned the burning of the Quran in front of its embassy in Sweden's Stockholm.

"We condemn in the strongest possible terms the vile attack on our holy book, the Quran, in Sweden today, despite our repeated warnings earlier," a statement by the Turkish Foreign Ministry said.

"Permitting this anti-Islam act, which targets Muslims and insults our sacred values, under the guise of 'freedom of expression' is completely unacceptable. This is an outright hate crime."

The burning of Islam's holy book took place under the protection of Swedish police.

Türkiye called on Swedish authorities to take necessary measures against the perpetrators of the hate crime, further inviting all countries as well as international organisations to take concrete steps in solidarity against anti-Muslim hate.

"This despicable act is yet another example of the alarming level that Islamophobia and racist and discriminatory movements have reached in Europe," the Turkish Foreign Ministry said.

- So-called protestors are nothing but provocateurs who are determined to sow seeds of hatred against Türkiye and Islam
- Swedish govt must wake up to reality of terror groups' intent on preventing Sweden’s NATO membership by poisoning their relationship with us pic.twitter.com/yaDmXkmI3j

Türkiye's Communications Director Fahrettin Altun has urged Sweden to act immediately for preventing hatred-filled provocations against Ankara and fight against those who target Islam.

"Swedish authorities cannot hide behind the excuses such as freedom of expression and assembly," Altun said on Twitter.

"The Swedish authorities must wake up to the reality of terror groups intent on preventing Sweden’s NATO membership by poisoning their relationship with us," he added.

Earlier today, Turkish Foreign Minister Mevlut Cavusoglu said he hoped the Swedish authorities would not allow a protest that includes burning the Quran.

Cavusoglu said the protest could not be classified as freedom of expression.

Turkish National Defence Minister Hulusi Akar said it was unacceptable to remain silent over the incident. "It was necessary to take action and take precautions."

Türkiye's presidential spokesperson Ibrahim Kalin also posted on Twitter that the burning of the Holy Quran in Stockholm is a "hate crime and a crime against humanity."

"Allowing this action despite all our warnings encourages hate crimes and Islamophobia. The attack on sacred values is not freedom, but modern barbarism," he said.

Sweden's backing of terror and hate

Sweden's backing of terrorists and hateful elements taking refuge in its society came to the fore again last week when a Swedish prosecutor dismissed complaints against supporters of the wanted terror group PKK/YPG, who were accused of defaming and threatening the life of Turkish President Recep Tayyip Erdogan.

The PKK/YPG supporters had hung an effigy likened to the image of Erdogan from its feet on a pole in front of the city hall during a protest in Stockholm. Swedish prosecutors said "their actions do not constitute a criminal offence."

The incident prompted Ankara to summon Sweden's ambassador, the latest in a series of diplomatic run-ins between the two nations.

Scenes of protests in Stockholm have been a particular issue mentioned by Turkish authorities in the past, with Erdogan saying members of the outlawed PKK/YPG terror group should not be allowed to parade around Sweden.

In its more than 35-year terror campaign against Türkiye, the PKK – listed as a terrorist organisation by Türkiye, the US, and EU – has been accused of killing over 40,000 people, including women, children, and infants. The YPG/PYD is its Syrian branch.

- This despicable act is yet another example of alarming level of Islamophobia, racist and discriminatory movements in Europe
- We call on Swedish authorities to take necessary measures against perpetrators pic.twitter.com/KlAQ1tr46c

On Friday, too, Türkiye warned Sweden that allowing the propaganda activities of PKK and affiliated circles, who have announced holding a demonstration in Stockholm, is a clear violation of the tripartite agreement.

Finland and Sweden formally applied to join NATO in May last year, abandoning decades of military non-alignment, a decision spurred by the Russia-Ukraine war. But Türkiye – a NATO member for over 70 years – voiced objections, saying the two countries have been tolerating and supporting terrorist groups.

Later in June 2022, Türkiye and the two Nordic countries signed a memorandum at a NATO summit to address Ankara's security concerns, paving the way for their eventual membership in the alliance. Seven months have passed since the signing of the memorandum, and Sweden is yet to fulfil the agreed conditions. 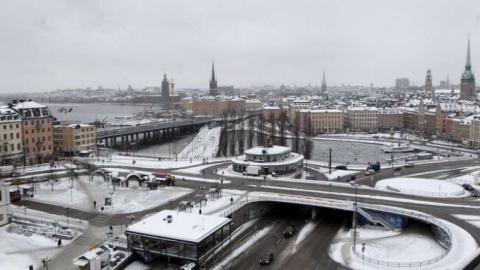