Turkey's treasury and finance minister Berat Albayrak stressed that the country's year-end inflation was below the government's target of 15.9 percent thanks to "strong support" by all shareholders.

The Turkish Lira should become a competitive currency as regional risks continue, Berat Albayrak said at the press meeting in Istanbul.

Underlining that Turkey is a "producing, exporting" country, he said "regional risks were here yesterday, are here today and will be here tomorrow".

He stressed that the country's year-end inflation was below the government's target of 15.9 percent thanks to "strong support" by all shareholders and said that "inflation will continue to be the most important anchor for 2020 and onwards".

Albayrak said the country would leave 2019 behind with a soft landing that "went down in history" and with a positive growth rate.

The Turkish economy expanded 0.9 percent year-on-year in the third quarter of 2019 after contracting 2.3 percent in the first quarter and 1.6 percent in the second quarter, on an annual basis.

Albayrak underlined that the country focused on balanced, disciplined and real growth with the backing of its manufacturing sector rather than "mad growth or mad contraction as it was used to see".

He stressed that the country would continue to introduce incentive packages to support the transformation of the domestic economy.

"The incentives will be focused on employment and the real sector and will substitute imports in many sectors and be export-oriented," he added.

Albayrak noted that employment would see recovery in 2020 as the government formulates two extra strategies.

"Employment is where we will see the benefits of the balancing process most clearly," he said.

Pointing out that Turkey has faced difficulties in the past 15 years, Albayrak said the country would not make concessions in price stability, budgetary discipline and borrowing costs. 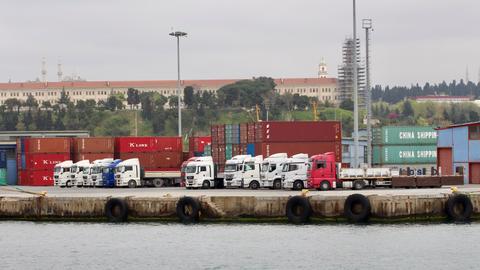