Turkey hails agreement with US over northern Syria

The agreement will see Turkey's anti-terror operation in northern Syria paused for 120 hours.

The operation aims to rid the entire region of YPG/PKK and Daesh terrorists and create a safety corridor where Syrian refugees can return to live in peace.

Speaking exclusively to TRT World, Altun said, “Turkey and the United States did the right thing and settled their differences through diplomacy. As two peace-loving nations and NATO allies, we will continue to work together to restore peace and stability in the region and shelter innocent people from terrorism."

Altun hailed the meeting as "very productive," adding, "we were pleased to see that the US delegation acknowledged our concerns and took concrete steps to address them. This is a notable reversal of the Obama administration’s misguided policy.

We're engaged in an open dialogue about our long-standing, legitimate security concerns regarding terrorist groups in northern Syria."

'Agreement will be checked'

Altun stressed that Operation Peace Spring started because the previous deal reached with Washington to resolve Turkey's security concerns did not work.

In today's meetings, Altun said, the US understood Turkey's legitimate security concerns and is willing to solve them.

"Due to this goodwill, we decided to pause the operation that started in October 9. From now, we will check whether the agreement is implemented."

'Threat is under control'

The US has since the Obama administration until now sent around 30,000 truckloads of weapons and ammuntion to YPG/PKK terrorists.

Washington had promised that the deliveries were tactical and to be used to defeat Daesh.

After Daesh was defeated, the Trump administration failed to recollect the artillery from the YPG.

This caused Ankara to launch its operation sooner in order to defeat threats along its border.

"We took care of threats that emerged from an illegitimate relationship between the Obama administration and the terror group," Altun said.

Turkey's President Recep Tayyip Erdogan's objective is to have full control of the safe zone.

"The safe zone will be controlled by Turkey alone. In other words, we will control the zone without firing a single bullet," Altun said.

Altun stressed the latest agreement between Washington and Ankara puts an end to discussions on Turkey's NATO membership. 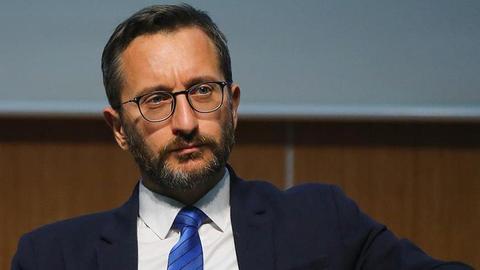 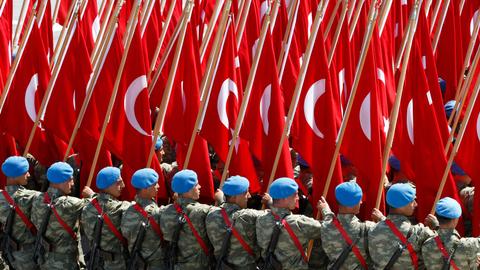