Turkey is in the market for more defence systems, Foreign Minister Mevlut Cavusoglu said on Wednesday.

Turkey tested the S-400 on Monday and Tuesday at a military base in Ankara province, using military jets including American-made F-16 fighters, according to media reports.

He also rejected criticism from the US over its testing of the newly-acquired Russian missile defence system.

"You don't buy a product to keep it in a box," Cavusoglu told the press conference.

Turkey's acquisition of the S-400 this summer was met with consternation by its NATO allies and threats of sanctions from Washington.

Despite assurances from Turkey, the US says there is a risk that sensitive information about operational and technical capacities could be gleaned if the S-400 is used alongside Western equipment, especially the new F-35 jet.

Turkey had ordered 100 F-35s and its defence industry was part of the supply chain for the new jet, until it was removed from the programme due to the S-400 purchase.

"We are partners in this project, we have made very serious investments," said Cavusoglu.

"In a worst-case scenario, if we cannot buy the F-35 we will have to look for alternatives," he said, reiterating a long-held threat to look to other countries for new fighter jets.

Ankara received its first Russian S-400 missiles in July. The delivery of the first battery was completed on July 25, and of the second batch started in August.

In April 2017, when its protracted efforts to buy an air defence system from the US proved fruitless, Turkey signed a contract with Russia to acquire the S-400 anti-missile shield.

Opposing deployment of the Russian system, US officials argued that they would be incompatible with NATO systems and would expose its F-35 jets to possible Russian subterfuge.

Turkey, however, stressed that the S-400 would not be integrated into NATO systems, and posed no threat to the alliance or its armaments. 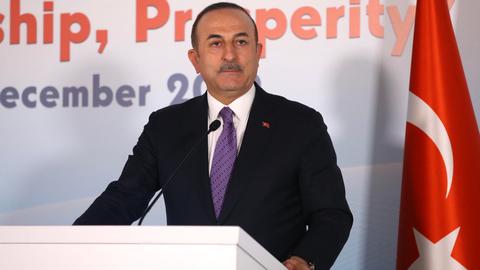 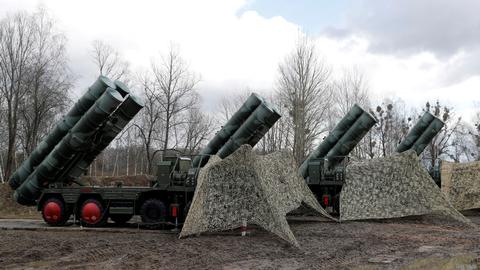