Journalists were told that WhatsApp groups of President Erdogan's media office and defence ministry will be moved to local messaging app BiP after January 11 and the new group will serve as the main channel for public announcements.

Turkish Presidency's Communications Office and the country's defence ministry are moving their chat groups from WhatsApp to a locally-developed messaging app BiP.

The changes in WhatsApp include sharing personal data with Facebook companies and the app could not be used unless the terms are accepted. Countries in the EU are exempt from the data sharing due to their stringent social media regulations.

Thousands of social media posts with #DeletingWhatsApp were shared in Turkey with users announcing a switch to locally developed  apps such as BiP and Dedi.

The Turkish Presidency's Communications Office told journalists that WhatsApp groups will be moved to Turkey's local encrypted messaging app BiP after January 11 and the new group will serve as its main channel for public announcements.

BiP has been developed by Turkish mobile network giant Turkcell.

The company tweeted on Sunday that two million new users joined it in the past 48 hours.

“The distinction between EU members and other countries in terms of data privacy is unacceptable! As we have referred in the Information and Communication Security Guideline, foreign applications carry significant risks regarding data security,” Koc said in a tweet.

"We have to protect our digital data with our local apps. Whatever foreign apps have to offer are presented much better by local apps. We are hereby inviting our citizens to use locally developed apps BiP and Dedi," he said.

Meanwhile, Turkish drone magnate and Technical Manager of Baykar, Selcuk Bayraktar also said in a tweet on Saturday that he had left WhatsApp thanks to its new privacy policy.

"I am leaving Whatsapp because of the new data policy it has put into practice." Bayraktar said, using the "DeletingWhatsApp" tag.

He said that he uses the Turkish app BiP and "open-source softwares" like Telegram and Signal.

ileti, designed for corporate communication, is the first application which was developed with Whitebox Cryptography, WBC, Havelsan tweeted on Sunday.

"With the WBC Library, ileti protects personal keys in software and prevents them from being captured," according to Havelsan's website.

"With this feature, ileti is one step ahead of other instant messaging applications in terms of security." 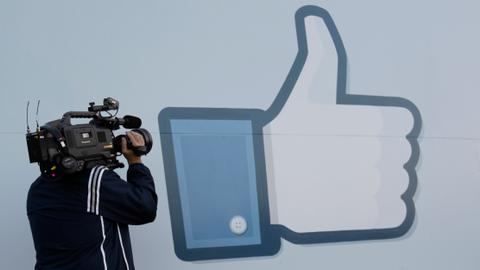