Greece's Supreme Court denied Turkey's first extradition bid to return the eight soldiers accused of taking part in the July 15, 2016 coup attempt. Turkey says the move by Greece is political and could jeopardize a refugee deal.

Turkey's Justice Ministry has sent a second extradition request to Greece for the eight fugitive soldiers. Turkey also asked Interpol to arrest the soldiers who are wanted in connection with the July 15, 2016 coup attempt.

Greece's Supreme Court on Thursday blocked the extradition of the eight soldiers, who say they fear for their lives if returned to Turkey.

Turkey said it may take measures, including scrapping a migration deal with Athens, after the extradition bid was rejected.

"We demanded that the eight soldiers be tried again. This is a political decision, Greece is protecting and hosting coup plotters," said Turkish Foreign Minister Cavusoglu.

We protest the verdict of Greek judiciary on the rejection of our extradition demand regarding the eight putschists. https://t.co/Xebyx9S159

Turkey's government condemned the verdict and accused Greece of failing in the fight against terrorism.

Ankara issued arrest warrants after the soldiers fled to Greece as the coup collapsed early on the morning of July 16, 2016.

The government accuses the eight men of taking part in the attempted putsch and branded them traitors. 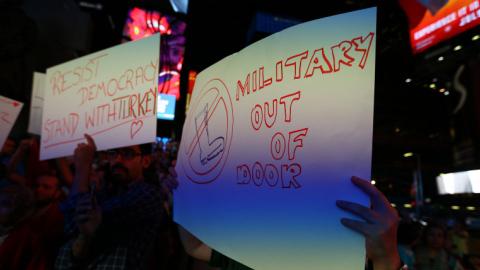 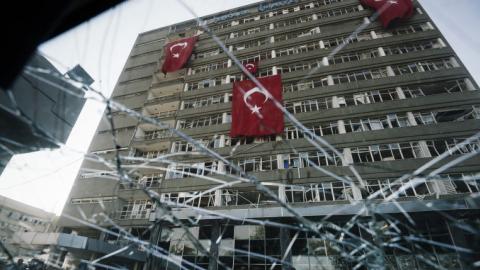 F-16s were aerially refueled 20 times during the failed coup