Sentencing is part of a trial of 497 suspects in Ankara on the presidential guard’s actions during the attempted coup.

A Turkish court has handed down aggravated life sentences to several individuals for their involvement in the 2016 attempted coup in Turkey.

The judge of 19th Ankara Heavy Criminal Court sentenced former lieutenant colonel Umit Gencer to life imprisonment for "violating the constitutional order" after he made the TRT broadcaster read the "coup declaration".

Muhammet Tanju Poshor, a former colonel who ordered to take control of the TRT building, was handed down two aggravated life sentences.

The court also handed ex-major Fedakar Akca an aggravated life sentence after he led the team from the regiment to the general staff headquarters on the night, Anadolu reported.

Osman Koltarla, a former major responsible for the security of the Presidential Complex, was sentenced to life in prison.

An aggravated life sentence has tougher terms of detention and replaced the death penalty after it was abolished in 2004.

FETO and its US-based leader Fetullah Gulen orchestrated the defeated coup of July 15, 2016, which left 251 people dead and 2,734 injured. 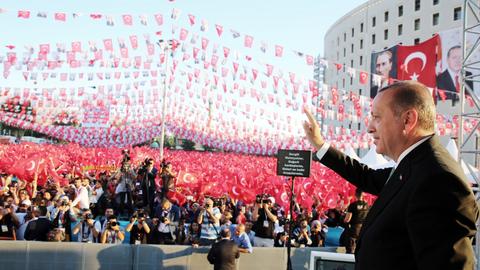