Ankara’s long-term plans to strengthen its naval forces are paying off in the Eastern Mediterranean.

While Turkey has been part of NATO for more than six decades, under the leadership of President Recep Tayyip Erdogan, Ankara has managed to develop its military capacity indigenously.

Recent events in the Eastern Mediterranean show the improvement of Turkey’s naval fleet that have managed to deter regional powers from Greece to the Greek Cypriot Administration, Egypt and other powers.

The Turkish Navy has become one of the world’s ten sea powers, designing and building its own frigates among 20 other powers, according to prominent experts and former admirals.

“The Turkish Navy does not sail with tugboats like Russia does,” said Cem Gurdeniz, a retired Turkish rear admiral, in an interview last year.

Turkey has also been in stiff competition with powers like Russia, France, Egypt and Greece in Libya's civil war. Ankara supports the war-torn country’s internationally-recognised UN-backed Government of National Accord (GNA) based in Tripoli against the warlord Khalifa Haftar, whose militias are based in Benghazi.

Ankara has changed the course of the civil war by deploying its naval forces across the Eastern Mediterranean and providing its newly-developed drone technology to the service of the Tripoli government.

The country has managed to match other naval forces including France, Russia, Egypt and Greece, all of whom support Haftar, outplaying them in the region as the GNA forces march towards Sirte, a strategic coastal city, where the country’s former dictator Muammar Gaddafi was born.

With its navy’s support, Ankara has also protected its maritime rights across the region, continuing to explore and drill gas reserves in the Eastern Mediterranean.

Can regional powers compete with the Turkish navy?

“Turkish Navy frigate(s) continue to sail 4 months around Libya offshore non-stop. While Greek frigate's system failed and returned their base. While Russians can't sail without tugboat, Egyptians are missing, can't use their new toys effectively,” writes Kevin Sky, an expert on the defence industry, on Twitter.

The Turkish Navy continued its naval drills in the region without any interruption, Sky noted.

While Egypt’s putschist general-turned-President, Abdul Fattah al Sisi, appeared to strengthen the country’s navy more than most of his predecessors, its naval budget under the continuing economic crisis is still very limited according to experts.

Despite running an aggressive modernisation program for its navy in recent years, the Egyptian fleet does not have enough training and exercises, and might be short on logistics, experts like Gurdeniz and Sky point out.

As a result, the Egyptian navy appeared to shy away from any possible engagement with its counterparts in the Eastern Mediterranean.

Greece and the Greek Cypriot Administration (GCA) have countered with strong rhetoric against a Turkish naval presence in the region, but have done little to stop Ankara. In January, Greek Prime Minister Kyriakos Mitsotakis was in Paris to seek help from French President Emmanuel Macron against Turkey.

After the meeting, Macron dispatched war frigates to the region to show France’s strategic bond with Greece. Even the Greek defence minister claimed that the country is “examining all scenarios, even that of military engagement” against Turkey.

But Greek and French threats against Turkey have not impressed Ankara much.

“I want to underline in a mathematical certainty that Greeks would not want to stage a war with Turkey,” said Turkish Defence Minister Hulusi Akar, during a TV interview on June 10, describing his Greek counterpart’s words as “a slip of tongue.”

For more than nine centuries, the Greeks have not won any significant battle against the Turks.

In May, France appeared to send more warships to the region to counter Turkey.

On June 10, according to French authorities, an incident happened between Turkish and French navy forces in the East Mediterranean. Paris claimed that Turkish warships flashed their radar lights three times at Courbet, one of the French warships deployed into the Eastern Mediterranean waters.

But Ankara denied French claims saying that the French military ship was making fast and unnecessary manoeuvres in the region, endangering NATO principles and navy security rules. Turkey, Greece and France are members of NATO.

Besides regional powers, at least ten other countries including Russia, the US, Italy and the UK also have a naval presence in the Eastern Mediterranean.

According to reports, the US operates a large fleet consisting of more than ten warships in the region, in part to keep a check on increasing Russian ambitions across the Mediterranean.

Since the beginning of the Syrian civil war, Moscow started increasing its presence there, building a dream Mediterranean naval force. In exchange for the support Moscow has given to the Assad regime in the civil war, Damascus has allowed Moscow to have more access in the Mediterranean, using the country’s ports for its naval operations.

It is a far-fetched political equation for a country that has long aimed to reach “the warm waters” of Europe. Having a grasp of the Mediterranean has been a driving political aspiration for landlocked Russia ever since its imperial days under Peter the Great in the early 18th century.

But while Russia has increased its naval forces in the region, it has not helped Libya’s Haftar claim Tripoli as Turkish-backed forces effectively routed them out from western part of the country.

In recent years, Turkey has developed a powerful military doctrine, aiming to protect all of its maritime rights and political interests in the country’s three seas, which is called the “Blue Homeland”.

In March, Ankara conducted the country’s biggest maritime exercises simultaneously with more than 100 military vessels in its three seas: the Mediterranean, Aegean and Black seas. The exercises are also named after “Blue Homeland”.

According to experts, the Turkish Navy’s success story lies in the recognition that Turkey could be a great power across the Mediterranean and even the globe as the country’s predecessor state, the Ottoman Empire, had once determined rules of the engagement in the region.

“...it is clear many within Turkey’s political establishment believe that the country is close to standing shoulder to shoulder with other greater powers. The Turkish navy’s reformation represents an acute example of this emerging worldview...,” says Ryan Gingeras, a professor in the Department of National Security Affairs at the Naval Postgraduate School, and an expert on Turkish, Balkan, and Middle East history.

“With more than 87 percent of the country’s trade conducted via maritime ports of entry, and a number of transnational pipelines passing through Turkish territorial waters, the country’s naval capabilities have come to figure more prominently in contemporary Turkish thinking,” Gingeras wrote.

Since 2007, Turkey’s spending on research and development has significantly increased, tripling its previous levels, according to a survey conducted by a leading defence industry group. Last year, it passed $1.2 billion, the survey showed.

Turkey has also increased its technical military capacity to a level, where it could test all of its naval capabilities without needing any external support.

Turkey also has the biggest submarine fleet in the region. Israel, Greece and Egypt are following Turkey’s lead in that area too.

The Turkish Navy has had 112 military vessels until now, but Ankara plans to add a total of 24 new ships - which include four frigates - before the Republic reaches the 100th anniversary of its founding in 2023.

“In addition to a new line of frigates and corvettes, known as the MILGEM program, local contractors have come to supply the fleet with a new array of torpedoes, missiles, and sensory equipment,” Gingeras observed.

As a result, with its enlarged fleet, the Turkish Navy has become an imposing power in the Eastern Mediterranean, defending the status quo in the Aegean Sea and enhancing the security of its strategically crucial channels in the Dardanelles and Istanbul. 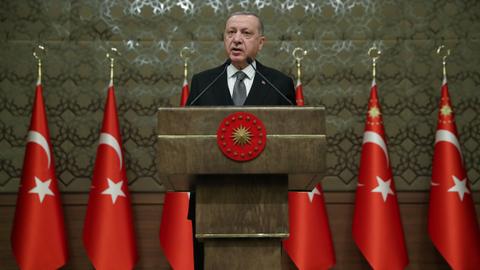 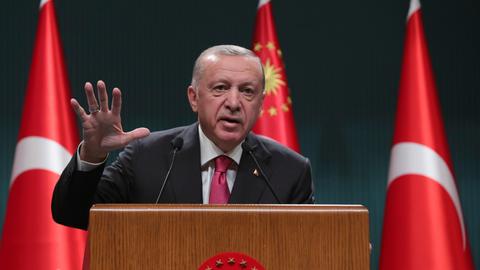