Muslim students have been denied entry into several pre-university colleges in India's southern Karnataka state as they were asked to remove their hijab before entering classes.

Turkish rights groups have held a protest in Istanbul against a headscarf ban in the Indian state of Karnataka.

Organized by the Free Thought and Educational Rights Society (Ozgurder) and Association for Human Rights and Solidarity for the Oppressed (Mazlumder), the demonstration took place on Saturday around the Indian Consulate General after Muslim girls were barred from classes in some Indian colleges for wearing hijab.

Addressing the protest on Saturday, Ozgurder chair Ridvan Kaya said the ban was the culmination of anti-Muslim tendencies and Indian nationalism, emboldened in recent years.

He also underlined that the "suppression" of 200 million Indian Muslims must come to an end.

Human rights activist and lawyer Gulden Sonmez, for her part, stressed that the ban was "unacceptable".

"We don't approve of a ban on the clothes of the members of any religion," she said.

Protests started in India when female Muslim students were barred last month from attending their classes at a government college in the Udupi district of the southwestern Karnataka province as they were wearing hijab. 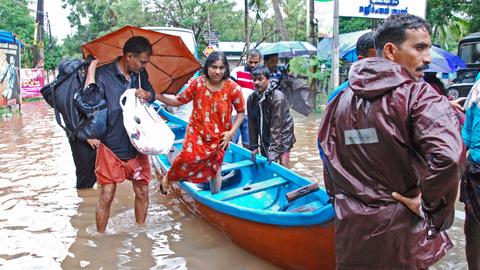