US ambassador bans journalist over story she never wrote

Turkish journalist Hilal Kaplan says US ambassador Bass cancelled her invitation because of a headline story on the newspaper she works for.

A Turkish journalist incurred the wrath of the US embassy in Ankara for an article that she never wrote.

Hilal Kaplan had been invited to Ambassador John Bass' farewell meeting with the press on Friday, but at the last moment was told she was not welcome.

Kaplan, who was about to leave her home to attend the meeting, received a call from an embassy spokesperson whom she cited as saying: “Unfortunately, your invitation for today’s meeting has been cancelled because the headline story in the newspaper you work [Sabah] caused inconvenience.”

The article in the Daily Sabah newspaper's front page on Friday was about the arrest on Wednesday of a US consulate employee over his links to FETO or or Fetullah Terrorist Organisation.

Turkish police detained Metin Topuz, who had worked for the US consulate in Istanbul for the past 35 years, for his alleged ties to the Fetullah Terrorist Organisation. Turkey accuses the group of plotting failed July 15 coup that killed 249 people and injured more than 2,000 others.

The problem is that Istanbul-based Kaplan was not the journalist who wrote the article.

The US Embassy said on Thursday it believes the allegations against the staff member are "wholly without merit."

The Turkish foreign ministry later involved in the incident and said Topuz was not on the US consulate list of diplomats with diplomatic immunity.

Angry Kaplan said: “First of all, it was unprofessional for such an institution to invite and then cancel the invitation, but most importantly this clearly showed how the US government has a hypocrisy against freedom of press."

She said she asked the spokesperson deliver a message of criticism to John Bass that “the US has lost the right to criticise the accreditation system in Turkey.”

According to the Hurriyet newspaper, ambassador Bass said at the event he did not invite people who did not follow basic journalism ethics, referring to Kaplan.

Comment could not immediately be obtained from the US embassy.

Relations between Washington and its NATO ally Turkey, which were already at their worst level due to US support for the YPG in Syria, have become even more strained following Washington’s refusal to extradite Fetullah Gulen who is the leader of FETO.

YPG is the Syrian affiliate of the PKK, which Turkey, the US and the EU consider a terrorist group. It has been fighting Turkish state for more than 30 years. 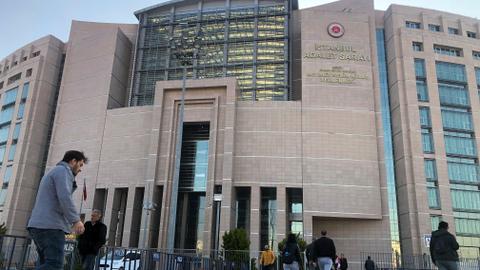