US envoy to UN: Turkey crossing 'best for aid to Syria'

Turkey's southern Cilvegozu border gate is the "best" choice for the international community through which to send humanitarian aid to the Syrian people, US ambassador to the UN has said.

Speaking to reporters on Thursday following her visit to the World Food Programme distribution centre in the Reyhanli district of Turkey's southern Hatay province, Linda Thomas-Greenfield said that more than 13 million Syrians are still in need of humanitarian assistance due to the conflicts.

"I am proud to announce that the US is providing $200 million additional humanitarian funding to people of Syria," she said.

Saying that four in five people in northwestern Syria are in need of humanitarian assistance, she stressed that aid is crucial for millions of civilians in Idlib.

Some members of the UN Security Council succeeded in "shamefully" closing crossings to Syria, Greenfield stressed, saying the Cilvegozu border gate is the only one that remains open.

"Right now, this crossing represents the best for the international community," she noted, adding that if this one closes, it will cause many cruelties.

Greenfield thanks Turkey for hosting refugees

Greenfield also highlighted that they want the UN to bring humanitarian aid, Covid-19 vaccine, and medical aid to end the suffering that Syrian people face.

"I also want to take the opportunity to thank the Turkish government for hosting refugees but also for facilitating and supporting this operation," she added.

Greenfield said she will be briefing the members of the UN Security Council on what she has seen here, and will ask her colleagues to support the continuation of this humanitarian aid operation and to reopen two other border crossings that were closed.

"This is what people of Syria need, this is their life and their future," she added.

In response to a question, Greenfield said they are willing to work with Russians on the continuation of humanitarian assistance to the needy Syrian people.

Hundreds of thousands of people have been killed and millions more displaced.

The area has been the subject of multiple ceasefire understandings, which have frequently been violated by the regime and its allies.

READ MORE: Civilians in northern Syria safe only because of Turkish troops – NYT 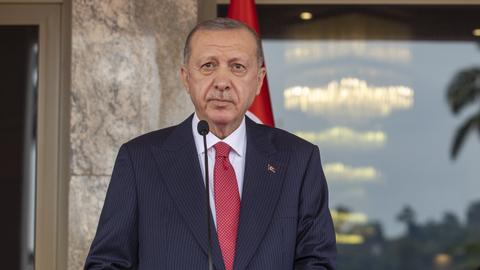 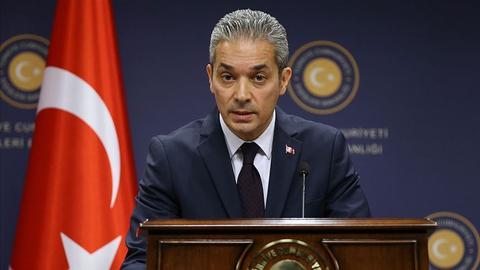