Some 40,000 people are estimated to have been killed under Habre’s rule of the semi-desert country in the 1980s.

Former Chadian president Hissene Habre, who was serving a life term in Senegal for war crimes and crimes against humanity, has died, Senegalese Justice Minister Malick Sall said. He was 79.

"Habre is in his Lord's hands," Sall told the television channel TFM.

Local media said he had died of Covid-19.

Habre seized power in Chad in 1982, after deposing his predecessor Goukouni Oueddeiduring, and fled to Senegal in 1990 after he was in turn overthrown.

The former leader was jailed in Senegal's capital Dakar in 2016 after an African Union-backed trial over abuses committed during years of iron-fisted rule in Chad.

'One of world's most pitiless dictators'

Some 40,000 people are estimated to have been killed under Habre's leadership of the semi-desert country.

Habre's supporters continued to lobby for his freedom while he was in prison in Dakar, however.

He fell ill in jail about a week ago and was taken to a clinic in the capital Dakar before being moved to the Hospital Principal, where he died.

The ex-dictator was released on a two-month furlough last year, designed to protect him from the coronavirus.

Reed Brody, a lawyer who represented Habre's victims, said in a statement on Tuesday that there had been calls for the former leader to be vaccinated against the virus.

He nonetheless added that Habre will "go down in history as one of the world's most pitiless dictators, a man who slaughtered his own people to seize and maintain power".

Hissène Habré will go down in history as one of the world’s most pitiless dictators, a man who slaughtered his own people, burned down entire villages, sent women to serve as sexual slaves for his troops and built clandestine dungeons to inflict medieval torture on his enemies. 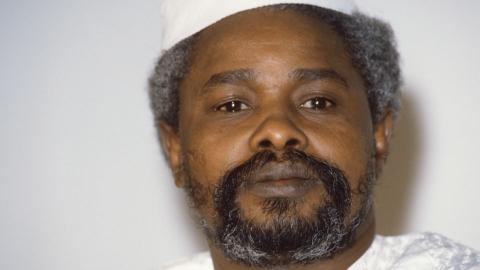