A Quran tearing incident and a bounty offer are among the latest manifestations of anti-Muslim sentiment across Canada. Now talk of banning Friday prayers in public schools is gaining traction, but Muslims are determined to fight back.

Then a $1,000 "bounty" offered to anyone who records evidence of "Muslim hate speech" at a high school Friday prayer service.

They're not exactly everyday occurrences in Canada. So when these incidents, along with racist graffiti scrawled on a mailbox near a high school, took place within three weeks in March and April – and all within the diverse regional municipality of Peel, just west of Toronto – Muslim residents, police and educators alike were alarmed.

The catalyst was the decision last September by the Peel District School Board to reverse a long-standing practice of allowing Muslim students to recite their own sermons, or khutbas, during their Friday prayer service, or Jumah, in public schools. Students participating in the prayers at their schools were restricted to the use of six pre-approved sermons. Previously, the students were able to write their own, provided they had been approved by an administrator.

But after pushback last October from a coalition comprised of local Muslim high school students, school board trustees, imams, lawyers and community members, the board decided to temporarily suspend the ruling and allow Muslim students to write their own sermons again.

In January, that temporary change became a permanent guideline in the board's Religious Accommodation Operating Procedure – sparking angry protests from critics and triggering a wave of anti-Muslim rhetoric and incidents across the region.

"It's hit really close to home in multiple ways," says Nora Hindy, a public school teacher in Peel. "Especially because my brother [the imam who was sent the threatening photo] was getting death threats as well."

It's been a trying time for Hindy. Dozens of angry critics began attending the biweekly Peel District School Board meetings – which are typically open to the public but generally not attended by anyone except educators and parents.

The debate in Peel over the sermons, and the wider issue of accommodating religious practices in schools, made international headlines in March, when an English copy of the Quran was torn up by a protester during one such meeting. Video footage, which was later dispersed by police, showed people yelling comments such as "Islam is not a religion!" and "Protect our children!"

Subsequent meetings in April have seen dozens of protesters amass in front of the school board building, demanding a "religion-free environment" in secular public schools.

Since then, police and security officers have began heavily guarding the building entrance during board meetings and prohibiting potential disruptors from entering. The Peel District Education Board (PDSB), also responded swiftly, sending messages the next day to leaders in the Muslim community, expressing their horror at the Quran-tearing incident.

Despite the backing of the board and increased police presence, Hindy, who is Canadian-born of Egyptian origin, says she felt terrified going into the school board meeting in April.

"I could see that they were a sizeable crowd and they had a huge Canadian flag they were waving in the midst of the rally," she said afterwards. "The flag made me really sad to see. It gave me a sense of exclusion."

Hindy attended the meeting with her teenage daughter at the request of police officers, who advised her and other hijab-wearing women not to enter alone. While religious accommodation was not on the agenda (the board declared in March that students could continue writing their own religious sermons, releasing a factsheet clearing up what it called "deliberate misinformation" around issues relating to religion accommodation and saying it was no longer open for debate) she said she chose to attend it nonetheless, to defy what felt like deep hostility from the critics.

"I thought – this is my education board. This is my home. I go to it for interviews, to meet with various educators, for celebrations and programmes – and then to have seen it being taken over and knowing I can't go in there alone in safety…" Her voice trailed off.

Situated along the shores of Lake Ontario just west of Toronto, Peel is one of most multicultural suburbs in Canada. Census figures indicate that more than 60 percent of Peel's population identify themselves as a member of a minority group – double the percentage for Ontario and Canada. South Asians, including Sikhs, Hindus and Muslims, make up the highest proportion of visible minorities. Less represented are the black (eight percent) and Chinese communities (five percent).

New immigrants to Canada tend to flock to Peel, which houses the cities of Mississauga and Brampton and the town of Caledon.

"The composition of Peel is interesting," observed Shan Abbasi, a long-time resident who works in the nonprofit sector. "You've got quite a bit of diversity, but also pockets where there's not as much diversity."

"But the dynamic has been somewhat forward-thinking," he added, noting that the mayors of Mississauga and Brampton have publicly supported the right for students to pray in high schools. "So people in politics have taken a position on this as opposed to being silent, which riles up some people. It helps [the critics'] narrative that the establishment is all pro-Islam and that it's only 'us crusaders' who speak the truth."

Rima Berns-McGown, an academic who is currently developing an initiative to tackle systemic racism in the private sector, attributes the religious accommodation debate in Peel to external factors.

"There are many things coming together in this perfect storm that have allowed what's happening in Peel to occur. We're seeing this because mainstream politicians and some mainstream organisations have been using Islamophobic language either directly or by dog-whistling."

The most notable Canadian politician to be accused of pandering to anti-Muslim sentiment in recent months is the conservative politician Kellie Leitch. Soon after US President Donald Trump won the election last November, Leitch declared that Trump's win "was an exciting message for Canadians" and placed campaign ads on US alt-right website Breitbart advocating for mandatory "values tests" for screening Canadian immigrants

"Our history is littered with times when Jews or Japanese Canadians were viewed as aliens who had dual-loyalties," Berns-McGown said. "Canada has had to apologise for this [discriminatory treatment] over and over again."

"So when you have mainstream politicians of a major political party doing that to Muslims and not being called out by the current leadership of the party, you have a tacit approval for this behaviour. It's a very dangerous game. Islamophobes and racists have been painting Muslims and Islam as somehow un-Canadian," Berns-McGown added.

"All we're asking for is equality"

Meanwhile, those protesting religious accommodation in Peel deny they are only targeting Muslims. "How is it hate when all we are asking for is equality?" asked Paul Menezes, from a group called Concerned Parents of Canada (CPC). "We are asking for all religious practices to stop – not just one community."

"School is for maths, science, sports, education, and arts – not for religious practices," he said. "We do not promote hate or violence of any form. We are simply concerned parents, concerned about our children and the value system we are promoting for them."

But for others, the notion of giving students time to reflect in prayer is something to be encouraged.

"For me, religious accommodation in schools is an important thing," said Darcy McCallum, the executive director of a youth centre in Peel. McCallum recalled his own days taking part in a church group at an Alberta public school, amidst no objection.

"We used to meet on a weekly basis to pray together. Obviously it's a different religious structure but essentially very similar to the Friday prayer for Muslims. A kid would give a message, spend time in prayer and think about their faith. Who we are is connected to our religious identification, and we should be exploring that," he added.

But Menezes views it differently.

"When one or more children from different communities go to pray during school time, what do the rest do? This is segregation," he argued. "Children who do not pray think less of themselves. There are examples where children have asked their parents if they were inferior, as they are not praying while their friends are. On the flip side, there are examples where children who are praying have bullied non-praying ones – stating their God is superior. This needs to stop immediately."

The debate peaked on March 29, when Kevin Johnston, a Peel parent and editor of a fringe online news outlet called "Freedom Report" posted a video on YouTube offering a $1,000 bounty to anyone who records Muslim students in Peel "spewing hate speech during Friday prayers."

In the video, Johnston promised viewers that if the submission fits the criteria, he would allow the recipient to wear a mask while receiving his or her reward. Last week, he said he has since produced a new video with an increased bounty offer of $2,500. Both of the videos have been blocked by a Canadian lawyer, he complained.

But Johnston is not deterred. "The more my videos get blocked, the more I'm going to make," he said.

When asked if any recordings of hate-filled speech had been forwarded, he said he received "more than 150 phone calls by parents and teachers who have indicated that they're aware of what's happening in the board, such as Islamic hate speech and almost exclusively white girls being grabbed and felt up in the hallways" – but that no tangible recordings have come forth.

When Menezes was asked if CPC supported Johnston's bounty video, he said that Kevin was not part of CPC and that they could not comment about other individual's actions.

Students, for their part, say they feel confused and annoyed about the sudden, angry debate around Muslim prayer in schools. Shaila Kibria-Carter has two children in a Peel high school, who say they have never been questioned by anyone for praying in school. "They're teenagers – they don't want to be singled out," she says. "Now they're feeling different."

Others say they are angry, but not scared. In a recent newspaper column, Peel mother Shireen Ahmed recalled that her teenage son spurned the idea of not attending the Friday prayers any longer out of fear.

"Mama," he said, "if a guy came to our Jummah and started spewing hate and being violent, he would literally have 300 brown and black kids jump at him."

Meanwhile, the debate over religious accommodation in Peel high schools shows little sign of abating. Another rally by critics took place at Mississauga City Hall on May 6 under the slogan "My Canada does not include Sharia Law".

But like Johnston, Nora Hindy remains undeterred. Her future remains in Peel, she said. "I was born and raised in Peel. I see it as my responsibility to continue to build bridges with all residents here."

"These protesters don't represent the majority of Peel's residents. My children have friends of all religions, including my nine-year old, whose closest friend is Hindu. I will continue towards creating a more inclusive region, and am confident that Peel will be an exemplar for race relations." Shenaz Kermalli is a Toronto-based journalist who specialises in geopolitics and human rights. She is a former producer and writer with BBC News, Al Jazeera English, and CBC News. 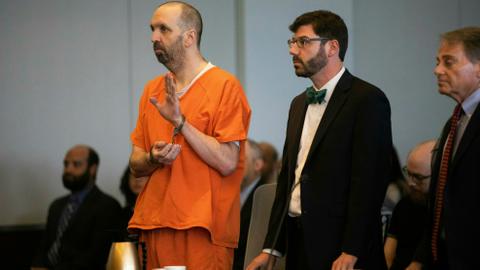