Morales returns to Bolivia after year in exile

Former leader Evo Morales makes dramatic homecoming from Argentina as his socialist MAS party sweeps back into power a year after he resigned amid violent protests and fled Bolivia.

Former president Evo Morales has returned to Bolivia following an election that returned his socialist party to power a year after he fled the nation amid a wave of protests.

Hundreds of supporters accompanied the nation's first Indigenous president as he crossed a border bridge to the town of Villazon, seen off Argentina's President Alberto Fernandez, who came to bid him farewell.

"I didn't expect to return so soon," Morales told the cheering crowd that met him.

Morales still faces charges of treason and sedition lodged by prosecutors under the conservative interim government that accused him of stirring violent protests and spent much of the past 12 months attempting to reverse his policies.

But a judge has cancelled the arrest warrant and the man who led Bolvia for almost 14 years apparently feels confident he is safe back home after a protege, former Economy Minister Luis Arce, was sworn in as president on Sunday after winning election with 55 percent of the national vote.

Indigenous supporters of Morales greeted him at the border with chants of, "Evo! Evo!" as he launched a planned three-day caravan to the Chapare region where he rose to prominence as a leader of coca growers.

Arce has downplayed suggestions that his mentor would play a major role in his administration, saying he would not govern "in the shadow of Morales," but the 61-year-old former leader remains the nation's most prominent figure.

He has not spoken about his plans, though many believe he will try to use his sway.

"Morales will try to influence because Arce was his minister and he was the one who chose him as a candidate," said political analyst Carlos Cordero.

"With an opposition that has no great weight, Morales could be a political rival or a good collaborator for Arce."

Once overwhelmingly popular, Morales saw his support erode over his refusal to accept limits on his ability to seek reelection and over allegations of increasing authoritarianism.

Protests over alleged fraud roiled the nation when he claimed a narrow outright victory in the October 2019 presidential election, and he wound up resigning at the suggestion of military and police leaders.

He flew first to Mexico, and later moved to Argentina and was not permitted to take part in last month's election.

'Most important day' for Morales

"Today is one of the most important days of my life, to be returning to the country that I love so much fills me with happiness," he wrote on Twitter.

Around 2,000 supporters, including members of Argentine social and political groups, gathered at the La Quiaca crossing on Monday morning to see him off.

They waved the flag of the Argentine indigenous people, and played music on traditional instruments, according to Reuters reporters.

Morales took part in an indigenous blessing ceremony before heading to address the large crowds gathered in Villazon. 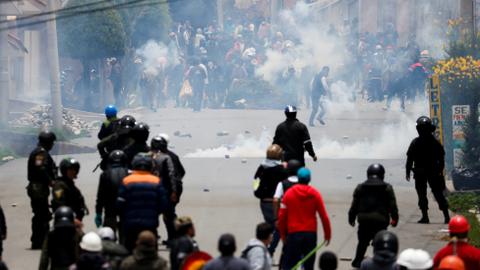 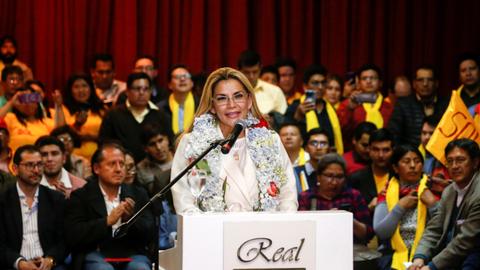 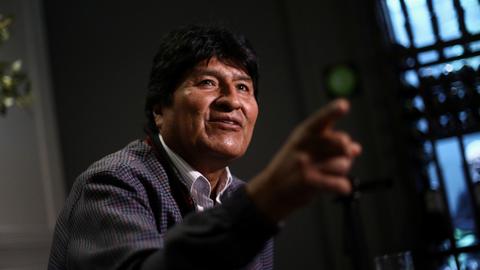