Afghan ex-president Ghani ends up in UAE after fleeing Kabul

The United Arab Emirates says it has accepted Ashraf Ghani and his family on “humanitarian" grounds.

Former Afghan President Ashraf Ghani is in the United Arab Emirates, the Gulf state's foreign ministry has said, after he left as Taliban fighters seized control.

"The UAE Ministry of Foreign Affairs and International Cooperation can confirm that the UAE has welcomed President Ashraf Ghani and his family into the country on humanitarian grounds," it said in a statement on Wednesday.

The statement carried by the UAE’s state-run WAM news agency on Wednesday did not say where Ghani was in the country.

Ghani fled Afghanistan on Sunday as the Taliban closed in on Kabul, before the insurgents walked into the Afghan capital unopposed.

In a Facebook post, Ghani said the "Taliban have won" and that he fled to avoid a "flood of bloodshed".

His whereabouts were unknown until Wednesday, with speculation that he had fled to Tajiktan, Uzbejistan or Oman.

This was not the first time that the oil-rich Gulf country opened its arms to former leaders and their relatives, now persona non grata in their country.

In 2017, the emirate of Dubai hosted former Thai prime minister Yingluck Shinawatra, who was sentenced in absentia to five years in prison.

Spain's king Juan Carlos went into self-exile in the UAE in August last year as questions mounted over the origins of his fortune, and the UAE was Pakistani opposition leader Benazir Bhutto's home during her eight years in exile before she was assassinated in her home country in 2007.

The UAE is one of the few nations, including Saudi Arabia and Pakistan, which recognised the previous Taliban regime, which ruled from 1996 to 2001.

READ MORE: Taliban claim they want inclusive government, not a 'monopoly' on power 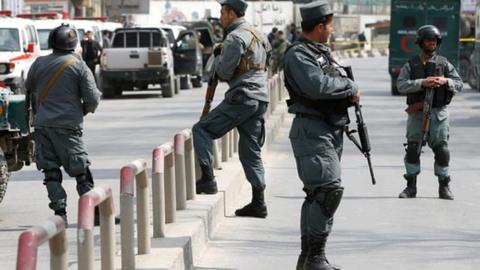