Robin Haynes Fisher died in the "death zone" known for low levels of oxygen on the descent from the summit of the world's tallest mountain, officials say.

A British climber too weak to descend from Mount Everest died on Saturday, officials said, the eighth climber to die on the world's tallest mountain and the 18th in Nepal's Himalayas during the current climbing season.

Hiking officials attributed most of the deaths to weakness, exhaustion, and delays on the crowded route to the 8,850-metre summit.

Robin Haynes Fisher, 44, died in the so-called "death zone" known for low levels of oxygen on the descent from the summit, Mira Acharya, a tourism department official, said.

He is the eighth fatality on Everest in the current climbing season that ends this month.

"He died because of weakness after a long ascent and difficult descent," Murari Sharma of the Everest Parivar Treks company that arranged his logistics told Reuters.

"He was descending with his Sherpa guides from the summit when he suddenly fainted."

Fellow guides changed Fisher's oxygen bottle and offered him water, but could not save him, Sharma said.

Casualties on Tibet side

Garrett Madison of the US-based Madison Mountaineering company that sponsors climbers to Mount Everest said many were not "well qualified or prepared climbers" and were without the support necessary to ascend and descend safely.

"If they were with a strong and experienced team they would have likely been fine, but with minimal support, once something goes wrong it's tough to get back on course," Madison told Reuters.

Death toll rises to seven on Mount Everest this week as the peak of the world's highest mountain turns into a deadly, overcrowded highway pic.twitter.com/YjIwLxQnzv

Mount Everest can also be climbed from Tibet and casualties have been reported from there this season too.

On the northern Tibet side of the mountain, a 56-year-old Irish man died on Friday morning, his expedition organisers confirmed in a statement on their Facebook page.

The man decided to return without reaching the summit but died in his tent at the North Col pass at 7,000 metres.

Four climbers from India and one each from the United States, Austria and Nepal have already died on Everest in the past week. Another Irish mountaineer is missing presumed dead after he slipped and fell close to the summit.

A traffic jam of climbers in the Everest "death zone" has been blamed for at least four of the deaths, heightening concerns that the drive for profits is trumping safety.

Nepal issued a record 381 permits for mainly foreign climbers, costing $11,000 each, for the spring climbing season.

Each climber with a permit is assisted by at least one Sherpa, adding to the summit logjam.

With the short window of suitable weather due to close soon, bottlenecks of scores of climbers wanting to achieve the ultimate mountaineering accolade have built up each day.

An estimated 600 people had reached the summit via the Nepal side by Friday, a government official said, based on information from expedition organisers.

At least 140 others have been granted permits to scale Everest from the northern flank in Tibet, according to operators.

This could take the total past last year's record of 807 people reaching the summit.

Many Himalayan mountains –– including Everest –– are at peak climbing season, with the good weather between late April and the end of May. 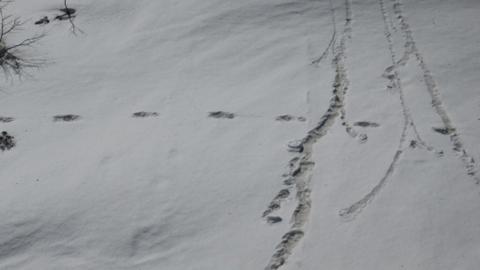