India celebrates independence day despite Kashmir being under lockdown

Free from the British rule on August 15 1947, India faces criticism for becoming a ‘coloniser’ in the disputed territory of Jammu and Kashmir.

India’s Prime Minister Narendra Modi spoke at a ceremony celebrating India’s 72nd anniversary of independence from the British rule, while a strict military curfew, accompanied by a communication blockade, continues to be imposed on Jammu and Kashmir, a disputed India-administered territory ringed by the mighty Himalayas, since August 5.

Formerly a British colony, India and Pakistan were released from colonial rule in August 1947 and separated along religious lines. Muslims in India migrated to Pakistan to join the Muslim majority while Hindus in Pakistan migrated to India to join the Hindu majority.

Jammu and Kashmir, a princely state of the British Empire in India, acceded to India with the understanding that it would remain an autonomous state until a UN-sanctioned plebiscite was held. The plebiscite never happened. Having fought three wars over the disputed region, both India and Pakistan staked a claim on Kashmir, which has Pakistan-administered and India-administered sections.

On August 5, the Indian parliament revoked Article 370 and 35A, one of the key constitutional agreements that allowed India to annex the former princely state of Jammu and Kashmir in 1947. Although Kashmir is one of the most, if not the most militarised zone in the world, with 500,000 Indian soldiers stationed there, Article 370 and 35A safeguarded its majority Muslim demography by barring outsiders from majority Hindu India from purchasing land or property in Kashmir and its neighbouring Jammu and Ladakh provinces.

When Indian parliamentarians banged their tables to celebrate the end of Article 370 and 35A, the entire Jammu and Kashmir region was reeling under a military siege, with no access to the internet, mobile phones or telephone landlines. Most Kashmiris did not even know that their future was being radically altered in the Indian parliament without them being taken into confidence.

Writing for the Washington Post, Ramachandra Guha, a historian of modern India and biographer of Mahatma Gandhi, says he had once called his country a ‘50-50 democracy’ in a book he wrote for the 60th anniversary of India’s independence.

Guha says he meant: “[W]hereas in some respects — free and fair elections, free movement of people — India matched the standards of the older democracies of the West, in other respects — political corruption, violence based on caste, gender and religion — it fell far short.”

Guha feels that looking back, he needs to revise his estimate of 50-50 in the light of recent developments –– especially the administration’s attitude when it comes to Kashmir. He wistfully notes in his Washington Post article: “Given the lack of any sort of credible opposition to the [Bharatiya Janata Party], the atmosphere of fear among religious minorities and the attacks on a free press, we are now a 40-60 democracy, and — if the recent abuse of state power in Kashmir is any indication — well on the way to becoming 30-70.”

With the elimination of Article 370 and 35A meaning Indians are no longer prevented from acquiring land in Kashmir, critics fear a similar scenario to the one playing out in Palestine with Israeli settlers. The Muslim-majority Kashmir could become a mixed state, with Hindu settlers displacing Kashmiris.

While India celebrates its 70th independence day and while its muscular nationalism under the leadership of Modi has translated into hatred towards Indian minorities, Kashmir has also turned into an ideological battleground for India's ruling party.

"That India claims to be a post-colonial democracy does not change this fact—no colonial venture in contemporary times has dared name itself as such. Kashmiris are claimed in the name of democracy and further colonised in the name of development," writes author and novelist Nitasha Kaul.

Arundhati Roy, an Indian writer who won the Man Booker Prize for Fiction in 1997, has written about India’s mistreatment of Kashmir in the New York Times.

Roy regretfully writes that she cannot join others in cheering “My India is Great” because “it looks very much as though our government has gone rogue”.

Calling the unilateral cancellation of Article 370 a “breach” of the fundamental conditions of the Instrument of Accession, by which the former Princely State of Jammu and Kashmir acceded to India in 1947, she notes the congratulatory desk-thumping of Indian parliamentarians evoked a “distinct whiff of colonialism in the air”.

Roy fears that the end of the communication lockdown in Kashmir will eventually erupt in violence that will “inevitably spill into India” to “further inflame the hostility against Indian Muslims”. She adds that along with Indian Muslims, the state will use this “opportunity” to oppress “activists, lawyers, artists, students, intellectuals, journalists” who have taken on the state courageously. 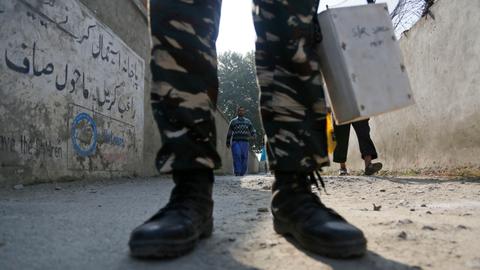