"I have initiated a dialogue with the Taliban for an inclusive Afghan government to include Tajiks, Hazaras and Uzbeks," says PM Imran Khan without giving more details on the dialogue with Afghanistan's new rulers.

Pakistan has initiated dialogue with the Taliban for an "inclusive" government in Afghanistan, Prime Minister Imran Khan said, asking the war-ravaged country's new rulers to include Tajiks, Hazaras, and Uzbeks in the government.

"After meetings in Dushanbe with leaders of Afghanistan's neighbours, and especially a lengthy discussion with Tajikistan's President Emomali Rahmon, I have initiated a dialogue with the Taliban for an inclusive Afghan govt to include Tajiks, Hazaras, and Uzbeks," PM Khan said in a series of tweets on Saturday.

On Friday, Khan met with the leaders of Afghanistan's neighbours, including China, Russia, Iran, and Tajikistan, on the sidelines of a Shanghai Cooperation Organisation (SCO) summit in Dushanbe, Tajikistan.

This "inclusivity" will ensure peace and a "stable" Afghanistan, which is in the interest not only of Afghanistan but the region as well, Khan said.

He didn't give more details of the dialogue with the Taliban.

READ MORE: Will the Taliban split or is it the West's wishful thinking?

After 40 years of conflict, this inclusivity will ensure peace & a stable Afghanistan, which is in the interest not only of Afghanistan but the region as well.

The Taliban gave some important posts to non-Pashtuns in their interim government announced early this month, particularly the coveted seat of army chief to Qari Fasihuddin, a Tajik.

Nonetheless, the interim setup has not been recognised as an inclusive government by the international community, which wants more representation of minority communities and women.

Pakistan, which brokered the landmark first phase of direct contact between the former Afghan government and the Taliban in 2015, is believed to have enjoyed a degree of influence over the Taliban.

In December 2018, Pakistan arranged for rare direct talks between Washington and the Taliban, paving the way for the Doha peace deal between the two sides.

Islamabad, however, says it no longer holds sway on the Taliban especially after the US announced the date for troop withdrawal.

The main base of Taliban support, Pashtuns comprises less than half of Afghanistan's population.

Most of the other major ethnic groups have close linguistic and ethnic ties to SCO members such as Iran, Tajikistan, and Uzbekistan.

Taliban struggles to convince outside world

The Taliban returned to power in mid-August after toppling the former government, and they have promised to restore peace and security to the country.

Taliban officials say they do not intend to repeat the harsh rule of 1996 to 2001 but have struggled to convince the outside world that the group has really changed. 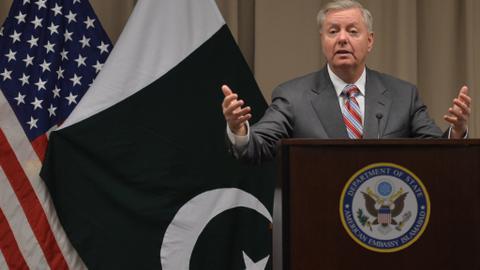 Top US senator urges meeting between Trump and Pakistan's Khan