Russian President Vladimir Putin has said that Armenia and Azerbaijan should resolve the occupied Nagorno-Karabakh conflict through negotiations within the OSCE Minsk Group, and should also include Turkey.

Speaking at the VTB Capital Russia Calling! Investment Forum in Moscow on Thursday,  Putin said the settlement in the region will be possible when the conflicting parties find a "balance of interests."

Relations between Armenia and Azerbaijan have been tense since 1991 but fresh clashes broke out on September 27 over Nagorno-Karabakh, a region recognised internationally as part of Azerbaijan.

"At the first stage, we need to stop fighting, stop the loss of life, sit down at the negotiating table and find a consensus and balance of interests based on the proposals formulated by the Minsk group and its co-chairs – Russia, the US, and France – along with the participation of other members, including Turkey and a number of European states," Putin said.

Since the clashes began in late September, the Armenian army has continued its attacks on civilians and Azerbaijani forces, even violating humanitarian ceasefire agreements.

The OSCE Minsk Group was formed in 1992 to find a peaceful solution to the conflict, but to no avail.

The Russian leader said a long-term settlement cannot be simple since each of the parties has "its own truth."

"The goal is to find a balance of interests that would suit both sides: both the Azerbaijani people, whom we treat with unwavering respect, and the interests of the Armenian people, and the state of Armenia," he said. "To make people feel safe, but at the same time create opportunities [...] for the development of both Azerbaijan and Armenia, and of Nagorno-Karabakh itself."

READ MORE: Humanitarian ceasefire to come into force on Monday in Nagorno-Karabakh

A statement by Azerbaijan's Defence Ministry said two Armenian combat aircrafts (Su-25 fighter jets) were shot down after flying over Azerbaijani positions in the Gubadli direction of the front on Thursday afternoon.

In total, about 20 percent of Azerbaijan's territory has been under illegal Armenian occupation for nearly three decades.

READ MORE: Azerbaijan continues to liberate its territories from Armenia in Karabakh

At least 11 children lost their lives and eight others were wounded in Armenian attacks on Azerbaijan since fresh fighting begun in September.

On the first day of the border clashes, Armenian forces launched heavy artillery fire on a village near Naftalan city in central Azerbaijan. Two children, aged 13 and 14, lost their lives in the artillery attacks.

Between September 28 and October 17, at least eight children, including two infants, were killed in further attacks by Armenia. The youngest victims were 5 and 10 months old.

Separately on October 27, Armenian forces attacked a village near Barda city with cluster bombs. The attack took the life of a 7-year-old girl while she was playing with her sisters in the lawn of their house.

In less than 24 hours, another attack was carried out by Armenian forces on one of the most crowded streets of Barda city, wounding at least 70 civilians including eight children.

Moreover, three children were orphaned in the attack on October 11 on Ganja city, the second-largest city of Azerbaijan with a population of nearly 500,000. 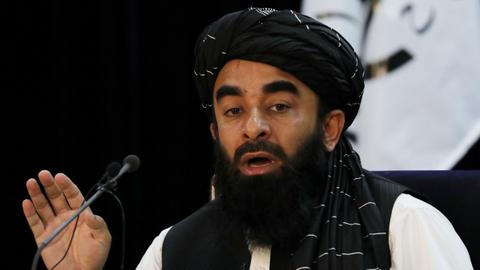