The target was a US convoy passing through an eastern neighbourhood of Kabul. This is the second suicide attack in the capital in as many days.

In a second suicide attack in as many days to rattle the Afghan capital, a car bomb targeting a US convoy exploded early Friday morning in an eastern neighbourhood, leaving seven Afghan casualties, police said.

Bob Purtiman, Public Affairs officer with the US military in Kabul, said four service members also received minor injuries when the suicide bomber struck the convoy. The one-line statement did not elaborate.

Firdous Faramaz, Kabul police chief spokesman, could not immediately say how many of the seven Afghan casualties were dead or wounded, saying it was "too early" to tell.

The suicide bomber struck as a US convoy was passing through Kabul's eastern Yakatot neighbourhood, where US and NATO forces maintain complexes. Facilities operated by the Afghan National Security Forces are also located in the same area.

Witnesses said the explosion was powerful, blowing out windows in neighbouring buildings. Traffic on the streets was light because the bombing occurred on a Friday, the weekly day off.

On Thursday, six people were killed when a suicide bomber blew himself up outside an Afghan army academy and training centre, also in the same area but several kilometres (miles) away from Friday's explosion.

The interior ministry on Thursday said a soldier had noticed a suspicious person, and as he approached him the attacker detonated his explosives near the academy. The soldier's action likely saved lives.

Afghanistan's beleaguered security forces come under near-daily assaults. While the Afghan defence ministry no longer releases casualty figures for its troops, the estimate is as many as 50 Afghan security personnel die each day in Afghanistan.

The attacks by the Taliban have continued unabated despite peace talks with the United States as well as a fresh round of talks with Afghan notables this week in the Russian capital Moscow.

Following the Moscow talks, Suhail Shaheen, spokesman for the Taliban's political office in Doha, said, "spectacular progress" was made on some issues, without elaborating.

The Taliban have rejected repeated demands for a ceasefire, saying the fighting will continue until US and NATO troops withdraw from Afghanistan.

They also continue to refuse to hold direct talks with the Afghan government, calling them US puppets, yet several senior government personalities, including members of a Kabul peace council attended the Moscow meeting.

The Taliban have said they will meet with members of the government, but as ordinary Afghans, rather than as government representatives. 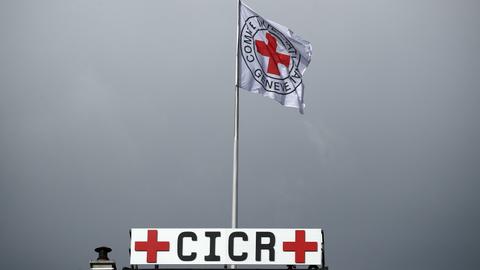