At least 23 Afghan security forces members were killed in a series of Taliban attacks across the country, officials said on Wednesday, despite winter snowfall that usually leads to a lull in violence.

In Balkh, militants stormed a checkpoint early on Wednesday and killed at least seven policemen, according to provincial police chief Ajmal Fayez.

He said reinforcements had been dispatched to the post, which is located on the strategic highway connecting Balkh to neighbouring Jawezjan province.

A Taliban spokesman claimed 11 policemen died in the attack, but Afzal Hadid — a member of the provincial council — put the death toll at nine, adding four others were missing.

"We are not sure whether these four police helped the Taliban in the attack or have been captured by them," Hadid said.

The provincial spokesman for Takhar said that at least 11 militants were killed as they attacked a security checkpoint in Darqad, close to the border with Tajikistan.

The country passed a grim milestone this year, with more than 100,000 killed or wounded over the past decade, the United Nations said last week.

A UN tally found last year was the deadliest on record, with at least 3,804 civilian deaths caused by the war — including 927 children.

Afghanistan is also struggling with an ongoing political dispute after officials announced preliminary results in the latest presidential elections that put President Ashraf Ghani on track to secure a second term.

Election authorities have yet to declare the results as final after receiving more than 16,000 complaints about the polls, with the ultimate tally expected in the coming weeks.

The Taliban has long viewed Ghani as an American stooge and has refused to negotiate with his government, leading many to fear that fighting against Afghan forces will continue even if the US secures an eventual deal with the militants to withdraw. 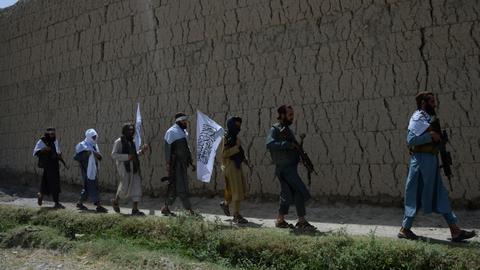