Why is a senior Sri Lankan police officer seeking asylum in Switzerland?

The Crime Investigation Department’s Nishantha Silva slipped out of the country with his family days after Gotabaya Rajapaksa was sworn in as the new president.

The case of a senior Sri Lankan police officer seeking asylum abroad has raised concerns about human rights in the island country, which last month elected hawkish Gotabaya Rajapaksa as its new president.

Nishantha Silva, an investigator in the police Crime Investigation Department (CID), reportedly took asylum in Switzerland along with his family late last month after fearing for his safety when guards assigned to protect him were withdrawn.

Silva had investigated Gotabaya for the 2009 murder of Lasantha Wickrematunge, editor of the Sunday Leader newspaper. And he’s not the only officer who could be looking to escape Sri Lanka.

Authorities have put airports on high alert in order to stop more than 700 police officers from leaving the country, after what was seen as one of its most ethnically divisive elections in years.

“The State Secretariat for Migration does not provide information on individual cases for data and personal protection reasons,” he told TRT World in an emailed response.

“Switzerland is concerned about the recent developments since the elections in Sri Lanka, in particular due to indications of restrictions on the work of civil society actors and representatives of state institutions whose task it is to combat impunity,” the ministry spokesman stated.

Gotabaya, a 70-year-old Sinhalese Buddhist, won the November 16 election promising to tackle security lapses, which led to suicide attacks earlier this year in which more than 200 civilians were killed.

As the powerful Defence Secretary between 2005 and 2015, Rajapaksa is credited for leading the military operation which defeated the 27-year-long insurgency by the Liberation Tigers of Tamil Eelam (LTTE).

But he also faces criticism for supporting extremist Buddhist groups and alienating the Tamil and Muslim minorities, which firmly stood behind the opposition.

Sinhalese Buddhists make up 70 percent of the country’s 22 million people.

The civil war that ended in 2009 with the complete elimination of LTTE left thousands of people dead, most of them Tamil militants and villagers.

Human rights organisations say Tamil villages were indiscriminately bombed by the Sri Lankan military on Rajapaksa’s orders. Journalists and activists who tried to highlight the civilian death toll were harassed, abducted and beaten.

As top sleuth of CID’s Organised Crime Investigation unit, Silva investigated these and other high profile cases including the rape and murder of 18-year-old Sivaloganathan Vithya in 2015, an incident which shook the nation.

Silva was at the center of a case that involved the kidnapping and murder of 11 Tamil boys during the waning years of the civil war. It was his work that linked senior navy officers, including the current Chief of Defence Staff Ravindra Wijegunaratne, to the killings.

The investigation into the murder of Wickrematunge is particularly troublesome for Rajapaksa, who has formed a government with his brother Mahinda Rajapaksa

Mahinda was the Prime Minister when Gotabaya served as the Defence Secretary.

In 2007, Rajapaksa was reportedly linked to a deal to buy used MiG 27 jets that involved payments to a private company in which one of his cousins had a stake.

Wickrematunge, who broke the story,  was served a defamation suit by Rajapaksa’s lawyers.

Two years later, Wickrematunge was stabbed to death in the street in Colombo, just days before he was supposed to present evidence of the MiG deal scam in a court.

In a letter released posthumously, Wickrematunge blamed the government of Mahinda for his murder.

“In the wake of my death I know you [Mahinda] will make all the usual sanctimonious noises and call upon the police to hold a swift and thorough inquiry.

But like all the inquiries you have ordered in the past, nothing will come of this one, too. For truth be told, we both know who will be behind my death, but dare not call his name.”

Wickrematunge’s daughter, along with the Center for Justice and Accountability, is pushing US courts to prosecute Gotabaya for the journalist’s murder. 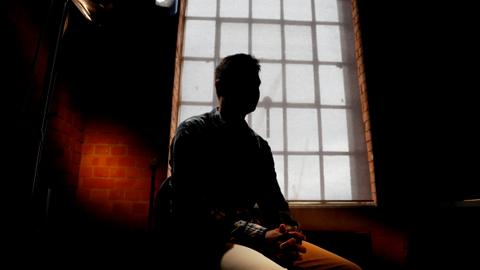 Towards reconciliation: UN examines reports of torture in Sri Lanka