The founder of children's charity Arche, Bernd Siggelkow, says the state’s support program for unemployed parents and poor families is not enough to meet basic needs.

Nearly 3 million children in Germany have been living in poverty due to the country’s cost of living crisis, according to children's charity Arche.

"More and more people are coming to us, asking for support," Bernd Siggelkow, the charity’s founder, said on Tuesday, voicing regret that authorities are not doing enough to address the problem.

"It seems that nobody will do anything until a child dies of hunger in Germany. Authorities should act now, they shouldn’t wait for next year," he said.

"There’s not enough support for poor people. The food banks aren’t accepting any more people," he said, adding that rising prices are making it difficult for families to afford basic needs.

"Prices are rising, and in fact, this started last spring. Since then many families aren’t able to cope with this," he said. "Many people are working for low wages. The rich are getting richer and the poor poorer."

READ MORE: Millions of people in Germany are poor as inflation soars

German households will have to pay around $3,500 for gas this winter  — nearly three times what they paid last year, according to estimates.

Siggelkow said poor families are looking for ways to cut spending and that the crisis has had a dramatic effect on children.

"If prices keep going up like this, more and more children will go to school without having any breakfast," he said.

"The coronavirus crisis already had a negative impact — children are even more disconnected than before. Inflation is now leaving parents more in despair," he added.

The state’s support program for unemployed parents and poor families is not enough to meet basic needs, according to Siggelkow.

There needs to be more serious measures, like waiving Value Added Tax on food items for at least six months.

"I think our country lacks leadership," he said with frustration. "Politicians are hiding when it comes to important issues. They talk and talk, but they don't act."

READ MORE: Sanctions bite back at Germany, exposing the country to cold winter 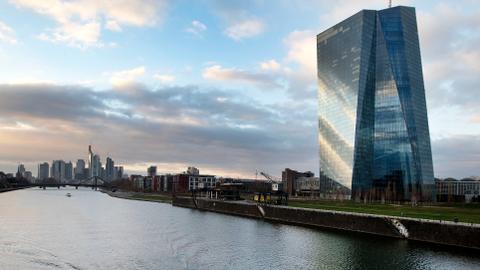 Eurozone growth, inflation cut as risks from US trade grow