Enhanced human intelligence. We've chased it for centuries. Now that it's possible, one very important question arises: at what cost?

Suppose you have an exam tomorrow but you can’t focus on studying because watching hours and hours of YouTube somehow seems like a more interesting alternative.

Also, your phone is buzzing with notifications because your friends are constantly texting you and someone is doing an Instagram live. You wish there was a magic pill that would just make you focus on your work so you can get it done like Bradley Cooper in 'Limitless'.

The truth is, these drugs do exist and are becoming more and more a reality. But at what cost?

And, what are the ethical considerations when we think about legalising, or taking nootropics?

Nootropics, more commonly referred to as 'smart drugs', are pills that are thought to enhance your ability to focus, to plan or problem solve. Thanks to our world of constant distractions, their usage is be becoming more and more commonplace.

Many of them are available without a prescription and the ones that aren’t, can be easily be purchased online via unofficial websites.

There is a whole lot of anecdotal evidence 'supporting' the positive impact of drugs like Ritalin or Modafinil: drugs that were developed to treat ADD (Attention Deficit Disorder) and narcolepsy respectively.

Yet, years later, scientists like Barbara Sahakian from Cambridge University say they are still not sure about the exact mechanism of how Modafinil and other drugs like it work.

This is a something of a problem.

Despite the conflicting reports, though, there are tons of personal stories about how these drugs made people work more efficiently. In fact, there is a subreddit for Adderall, another ADD pill, with 13,000 subscribers. In one post on Reddit, a graduate student wonders what dosage he/she should take for their PhD qualification exams. There's plenty of advice going around.

Adderall usage is growing especially in colleges due to 'stress' and 'deadlines'.

Is it really just an upgrade to coffee?

Some people would say natural concentration enhancers, like caffeinated coffee, are not the same as taking pills. But the CEO of Bulletproof Coffee, Dave Asprey, disagrees.

A self-proclaimed biohacker (someone who utilises any method at their disposal to change their biology to fit their desires, like being more focused, needing less sleep etc), Asprey mixes coffee with all kinds of supplements and calls it 'upgraded coffee'. But 'upgraded coffee' is more than a literal description of his company’s product. It is a mindset.

Advocates of enhancer drugs like Asprey argue that there is no meaningful difference between a cup of coffee and taking a handful of pills.

So, are they safe?

Our brains are incredibly complex organisms and although neuroscience has come along way it is still far, far away from completely mapping all brain function. So when drugs like Modafinil work on a certain receptor subtype to give the desired effect, we do not know where else in the brain the same receptor subtypes, responsible for some other function, are also getting affected.

Advocated of nootropics argue that if there is no significant side effect then we should not legally ban or morally condemn the use of such drugs. That 'if', however, is a major point of concern as we are essentially blind when it comes to any potential long-term effects of these enhancers.

Many people are also concerned about indirect effects of changing attitudes to nootropics. One of the major areas of concern for critics is the way in which wide acceptance and use of nootropics effect distributive justice.

In other words, if the rich have the privilege to make themselves more "intelligent" with the use of biological tools, what effects will that have on society?

Will it completely diminish the chances of low-income kids moving upward socially through, let's say education, if they cannot test into good schools because their counterparts have an unfair advantage?

We only need to look to the sporting world to see what unfair advantage means. Steroids. Enough said.

So what difference is there between physical and mental enhancers?

Another point of concern is the military implication of neuro-enhancement.

Dr Adam Henschke has spoken about how the idea of a 'super soldier' is a danger on the horizon. By using technological and biological enhancers to make soldiers able to sleep less, be more resilient and perform under stressful situations, we are potentially creating science for more and 'better' war.

This, Dr Henschke says, is potentially going to alter the dynamics of combat. If the enemy is seen as superhuman, the means to counter that will be even bigger.

This whole 'super soldier amped up on smart drugs' idea might sound a bit futuristic. But in reality, Nazis tried this in World War II.

“Stimulant decrees” were sent out to the army doctors to give soldiers tablets. They would fight for up to 50 hours without sleeping or feeling tired. Some even speculate that without drugs, the invasion of France wouldn’t have been possible. Of course, this didn’t end too well for the soldiers.

Lastly, when thinking of nootropics, it is important to always remember why we are having this debate in the first place. Are these enhancers really about human discovery and achievement or are they driven by age-old problems like militarism and greed?

Two primary groups of users of such drugs legally and illegally are students and developers in Silicon Valley. Perhaps we're just mistaking moral laziness for the privilege of being able to experiment, or should we say, 'play'. 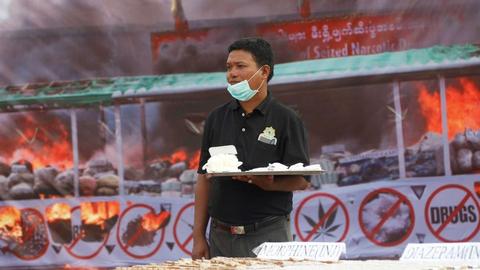